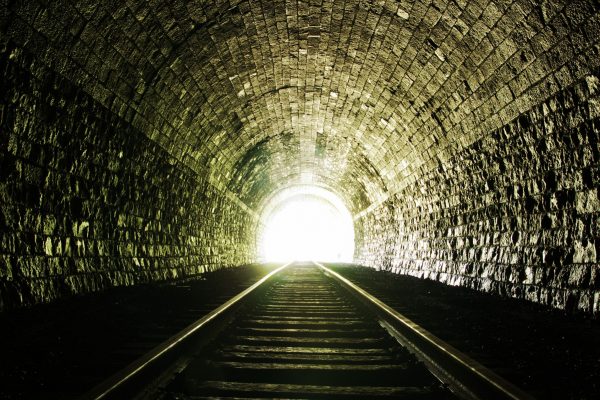 Confidence is down, the Bank Rate has been cut and sterling continues to slide. Simon Lewis, CEO at Partridge Muir & Warren Ltd, looks for something to cheer about.

It was Harold Wilson who said “a week is a long time in politics”. The domestic political landscape has certainly changed, on both sides of the political divide, since I wrote to you last Friday. If management of the Houses of Parliament were ever contracted out to a third party, my recommendation would be Montessori; at least that way our politicians might learn to ‘play nicely’.

It has also been an eventful week for investors; a game that has been worth sitting out for those who are already fully invested because there have been some very wide pricing spreads. As I explained last week, much of the initial reaction from investment markets was a consequence of them being wrong-footed by the result. Investment markets have therefore spent much of the week re-adjusting to a position that better reflects the likely financial impact of Brexit, both for the UK and the Rest of the World.

I am pleased to report that our clients’ portfolios have behaved impeccably throughout, providing further vindication that investment diversification is an essential attribute. It is remarkable that clients’ portfolio values typically increased on Friday 24 June, demonstrating the effectiveness of some of the defensive characteristics hard-wired into PMW’s asset allocation strategy. For example, our relatively high allocation to US investments benefited from the strength of the US dollar relative to sterling; global bond holdings reacted positively to both the fall in sterling and increased risk aversion while index linked bond holdings jumped in anticipation of an inflationary impact within the UK.

We were fortunate to have low exposure to UK and European banks in our favoured equity funds because the shares of many fell heavily; there is the prospect that interest rates will remain lower for longer and it is harder for banks to be profitable whilst interest rates are low.

Over the course of this week, equity and bond markets have consistently risen and in most cases, recouped any losses previously sustained. This shows that, counterintuitively, bad news can often deliver a good result for investors. This is because a rise in global economic uncertainty increases the prospect of central banks extending the already over-stretched period of relaxed monetary policy. In other words, the patient (the global economy) is anticipating an extra dose of medicine (low interest rates and quantitative easing). Mark Carney, Governor of the Bank of England, has already given a strong hint that UK interest rates will fall this summer. He qualified his statement by saying it would depend upon the views of the Monetary Policy Committee, but I don’t think he would be so unwise to hint without first canvassing opinion.

In addition to a further relaxation in monetary policy there is also now more scope for fiscal stimulus because George Osborne (who continues as Chancellor of the Exchequer, at least for the time being) has announced that plans to balance the Nation’s books by 2020 have now been abandoned. With a reduction in GDP growth likely in the short to medium term, it is a perfect time for Government to increase spending on infrastructure. There are numerous worthy infrastructure projects that are ready to commence, not least a new runway for the South East. After all, if we want to trade more with far flung corners of the World, we had better think about how we are to meaningfully increase our capacity to get there.

Much of the coverage about the likely financial impact of Brexit can be filed under the heading of ‘doom and gloom’. Credit rating agencies were swift to downgrade the credit worthiness of the UK Government, with Standard & Poor’s reducing the rating from ‘AAA’ to ‘AA’. Fitch, who also downgraded the UK, stated that “uncertainty following the referendum outcome will induce an abrupt slowdown in short-term GDP growth, as businesses defer investment and consider changes to the legal and regulatory environment.”

‘AAA’ is the highest issuer credit rating assigned by Standard and Poor’s. ‘AA’ is deemed as “very strong capacity to meet its financial commitments” and differs from the highest rating only to a small degree. The change is important but it is not unexpected and not catastrophic.  If we look at our closest peers as being other members of the G7, only Canada and Germany have a ‘AAA’ rating. The UK’s new rating is comparable with that of France, a smidgen weaker than that of the US and stronger than the rating for both Japan and Italy.

There is much concern regarding the likely impact on foreign direct investment, of which the UK has been a substantial beneficiary by virtue of its membership of the EU. This will certainly decline in the short term given the uncertainty that the UK will continue to be able to act as a bridge into the EU; but some of this effect might be offset by the fact that a weaker pound creates a more compelling investment prospect for overseas investors.

Although there are certainly many negatives, now is the time to focus on gaining the advantages rather than dwelling upon the disadvantages. For example, a depreciated sterling will make the UK’s exports more competitive and this might actually help to both reduce the current trade deficit and rebalance the UK economy.

Although we have voted to leave the EU it would, in my opinion, be damaging to our economy if we were to leave the single market. The obvious political and economic choice is to negotiate something along the lines of the Norwegian ‘model’, whereby we would be a member of the European Economic Area (EEA). In this way we would retain all of the benefits of remaining in the single market (and crucially retain our passport in financial services) in return for accepting the free movement of people, goods and services. We would also be required to contribute to the EU budget. Some might say that this would be a retrograde step because we would still need to comply with the rules of the single market but not have any influence. However, as I have pointed out in my ‘Brexit’ articles, the reality is that the UK’s influence was declining in any event. This way, we would be outside the European ‘project’ and would be in a better position to opt out of the facets of ‘ever closer union’ that made us so uncomfortable as a nation.

The negotiations will be long and arduous and one final point worth remembering is that the result of the Referendum is ‘advisory’ and therefore not binding. Only Parliament (not the Prime Minister) has the sovereignty to invoke Article 50 of the Lisbon Treaty and let’s not forget that the majority of MPs did not favour Brexit. There is therefore the possibility that Article 50 will not be invoked. In the muddled history of the European Union stranger things have happened.

As the Eagles sang in their 1976 hit (only a year later than the last EU referendum), Hotel California, “you can check out any time you like; but you can never leave”.