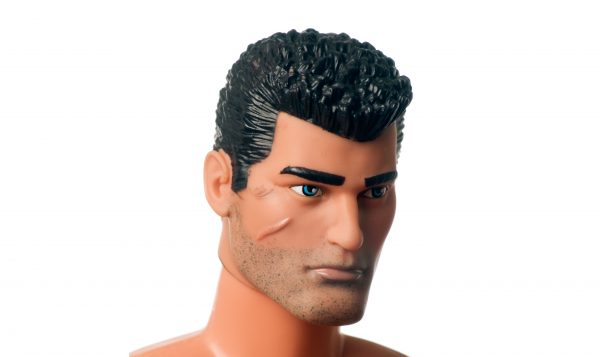 Whilst watching the high (or ‘low’ depending upon your perspective) lights of yet another Donald Trump press conference, my mind skipped back to when I was around five or six years old and my favourite toy was Action Man. He was definitely the must-have toy of the early 1970’s. Somebody who looks after other people’s money must spend most of the time looking forward so it is therefore therapeutic to occasionally indulge myself by reminiscing.

You are probably wondering what President Trump has in common with Action Man; the latter definitely the strong silent type, whose actions spoke louder than words. The 45th President of the United States is certainly not inclined to silence.

I realised that my memory was triggered by a later addition to my growing army; an Action Man that would speak when I pulled on the cord attached to the centre of his chest. The novelty soon wore off and I must admit that the constant repetition of his limited vocabulary became somewhat irritating. I was therefore not too disappointed when his speaking career came to a premature end as a result of a parachute malfunction.

The latest presidential skirmish, about trade and in particular the supposed inequality of the bilateral trade agreements between the US and China, spooked financial markets. Such markets were already feeling a little woozy having reached new dizzy highs early in the New Year, and were looking for a legitimate reason to retrench.

Stronger than expected indications of inflation in the US economy had already made investors worried about US interest rates rising faster than expected. So the prospect of a full-blown trade war and a consequent reduction in world trade, global economic growth and corporate profitability had investors looking for the exit. Certainly, there are not many investors who would agree with Trump’s contention that “trade wars are good and easy to win”.

Trade is not a zero-sum game, where the victors export and the vanquished import. It has long been proven that trade benefits both sides, specifically because it enables the efficiency that comes from specialisation and the creation of truly global supply chains. A good example is Apple’s iPhone.

Apple is one of the wealthiest companies in the world, largely as a result of selling a staggering 1.2 billion iPhones. The iPhone is designed and developed primarily in California and assembled primarily in China.  Apple would not have sold so many phones if they were made in California because the costs would be too high for the price of the phone to be within reach of enough consumers. Equally, phones designed and developed in China have not (yet) sold in the same quantities because they are not as functional or engaging.

Nevertheless, Trump does have a point that the current arrangement is no longer fit for purpose and requires adjustment to reflect the pace of growth and structural change in the Chinese economy.

During the last 10 years, the output (GDP) of the US economy has increased by less than a third whereas the output of the Chinese economy has quadrupled. In addition to the huge increase in scale, there has been a shift in the structure of the economy, with services rather than industry becoming the largest component. Combining these two statistics reveals that the services output of the Chinese economy has grown five-fold over the last 10 years. This illustrates the growing power of the Chinese consumer and is a consequence of rising wages. China is no longer the low cost manufacturer of the global economy and is itself ‘offshoring’ production and jobs to other countries; principally in emerging Asia and Africa.

Trade agreements are currently tilted in China’s favour by the fact that whilst Chinese companies have largely unfettered access to US markets, US companies must form joint ventures with Chinese companies in order to access Chinese markets. This was a very smart way for the Chinese government to ensure the progressive transfer of intellectual property to the Chinese economy.

It probably didn’t seem like much to give away when the industrialisation of China was in its infancy but, with the annual trade deficit between the US and China now at $375 billion, there is reason to act. Cutting the deficit by simply raising import taxes on Chinese goods will not solve the US’s deficit problem because US consumers will just buy more from other countries. The better solution for the US (and global economic growth generally) is to be granted better access to Chinese markets, particularly financial services, by removing the joint venture requirement.

So, it would seem that Trump’s endgame is clear and his negotiating technique is nothing but transparent. As with so many of his ‘interventions’ he ‘kicks’ things off with unreasonable demands, communicated with an aggressive demeanour and then reins back so that those who are on the other side of the negotiation can claim a degree of success. All Presidents and Prime Ministers should certainly read Trump’s 1987 book “The Art of the Deal” to help understand his strategy.

Maybe he is a great deal-maker because so far, he appears to be winning concessions without (metaphorically) firing a shot. Or maybe he is simply fortunate that with the US’s supreme economic and military power (and his apparent willingness to use it), he always has the winning hand; just like the Action Man adventures of my childhood.

What does all of this mean for investors? The likelihood is that financial markets have over-reacted to the prospect of a trade war. Those who are pursuing an appropriately balanced and globally diversified approach should therefore benefit from increasing global economic growth and this is something we are already helping our clients with.