Are the Bears Back? 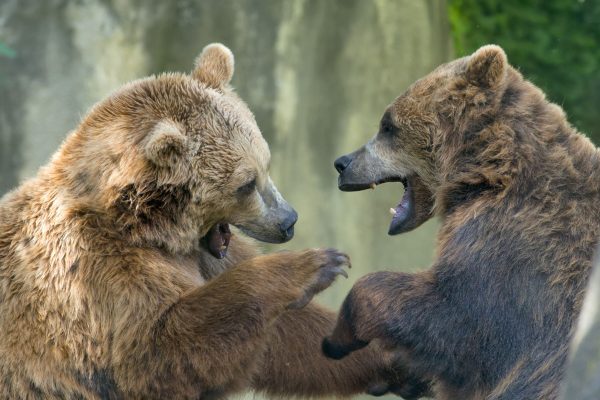 Global financial markets have had a rocky start to the year. Simon Lewis, CEO at Partridge Muir & Warren, considers what lies ahead.

Although there is no universally agreed definition, a bear market is a general decline in the stock market over a period of time and is marked by a transition from high investor optimism to widespread investor fear and pessimism. Investors are certainly rattled by recent events and it is therefore important to work out what is happening and why before trying to predict what the future might hold.

The bears are back and they are certainly grizzly. Some cheer is provided by the fact that Partridge Muir & Warren has always taken a cautious approach to managing investments, which means that current volatility is taking less of a bite out of client portfolios.

Before I explain our views regarding market outlook, I hope that it will be of reassurance to comment that our clients should be well placed to avoid the worst of current market volatility by virtue of the high level of diversification we achieve throughout both asset classes and investment sectors. As was ever the case, patient investors are likely to be well rewarded in the fullness of time.

Global financial markets are certainly very skittish at the moment. Investors arrived at the end of 2015 with some relief that any losses were generally modest but have welcomed in 2016 with trepidation. Most financial markets have fallen heavily since the start of the year and many believe that we are either about to, or have already entered, a bear market.

There is certainly a great deal of uncertainty about shorter term outcomes but taking a medium-term view, there is much to feel encouraged by.

The news media is currently obsessed by economic data from China. This has created the misleading impression that China has a big problem. It doesn’t. In many ways, China is a victim of economic trends and not the cause of them. The issue is that the rest of the world is too dependent on Chinese economic growth at a time when it suits China to drive forward initiatives to rebalance its economy. It is doing so by increasing the services sector and nurturing domestic consumers. This process will improve the sustainability of China’s economic ascendancy but will also, inevitably, reduce the rate at which the economy grows.

Nevertheless, the International Monetary Fund (IMF) is predicting that Chinese GDP growth will still be ahead of 6% in 2017, so nobody can accuse them of not making a worthwhile contribution. If anything, attention should be focused on Japan, which is enduring yet another recession, and the Eurozone, which although improving is doing so at a lack lustre pace.

Taking the view that China is on an economic pathway from which it is unlikely to deviate, the primary factors that are likely to drive the macro economy in 2016 are US interest rates and the price of oil. This does create a feeling of déjà vu because this is what I said last year. The story rolls on.

Dealing firstly with monetary policy, in December the US Federal Reserve (after some dithering in the autumn) elected to increase the interest rate and set out a predicted pathway of further small rate increases in the coming years. This is a sign that the US economic recovery is deemed to be sufficiently robust to allow the economy to take such increases in its stride and should therefore be viewed as a positive, albeit that some of the short-term impacts are likely to be negative.

This is because the US dollar is the dominant currency of global finance and trade and as a consequence what happens to interest rates in the US has a big impact on the rest of the world. For example, many countries and non-US companies have US dollar denominated debt. An increased interest rate means higher debt repayments and this will be exacerbated by the likely rise in the value of the US dollar as a consequence.

Another factor likely to cause tension in markets (particularly the currency market) is that both the European Central Bank and the Bank of Japan are still printing money and could lower base rates even further into negative territory.

The oil price saga is a fascinating story of aggressive business tactics and geopolitics. In the run-up to the end of 2014 the price of a barrel of oil was over US$100. Not many predicted that the oil price would halve, not least that this fall would be sustained. In fact, there is a good chance the price will halve again and remain in the US$20-US$30 per barrel price range for the foreseeable future.

It is not the case that the world is consuming significantly less oil than it used to. This story is all about excess supply which has created a substantial glut, to the extent that oil storage facilities around the world are nearly full.

Initially, much of the extra oil supply was the result of fracking in the US, which transformed the nation from a substantial importer of oil to a position of self sufficiency. However, Saudi Arabia has retaliated by increasing its production in an attempt to drive the oil price lower in order to push its new-found competition out of business. There is also a desire to pre-empt the return of Iranian oil to global markets following the nuclear non-proliferation deal Iran reached with the US. Saudi Arabia aims to preserve its market share by driving down the price.

Saudi production has increased by 25%. Until about two years ago Saudi production had averaged around 8 million barrels per day since 1990 but it is now over 10 million barrels per day. It is estimated that Saudi Arabia has hydrocarbon reserves in excess of 250 billion barrels and it will therefore not need to rein back on production any time soon. A lower oil price does impact on the State’s profits (the country is thought to be running a budget deficit of around 20%); wealth is important as it underpins the political powerbase and finances its interventionist policies elsewhere in the Middle East. A resolve to perpetuate this budget deficit for as long as necessary is illustrated by a recent announcement that part of the state owned oil producer, Saudi Aramco, could be offered for sale.

To understand the rationale of its strategy and compute the likely ramifications you need to look at the typical cost of oil production around the world. Saudi Arabia can extract oil at a cost of around US$12 per barrel. It therefore makes a profit when the price is above this. Production costs for Norwegian oil average around US$40 per barrel and for Russia the breakeven price is around US$50. Depressingly, for the UK generally and Scotland particularly, the average cost of production for the North Sea is US$62 per barrel.

There has already been a lot of pain for the oil sector and I expect carnage in the coming year. Countries with a high economic dependency on oil production will also feel further pain; not least Russia, Brazil and Venezuela.

I started this commentary by saying that there was much to be encouraged by. Clearly, geopolitics introduce uncertainty in the short term. However, we cannot escape the fact that a pathway to the normalisation of interest rates (and as a consequence modest inflation), combined with the ongoing financial stimulation (think a big tax cut) of a substantially reduced oil price, are factors we can look forward to as investors. The path will be rocky but the journey is likely to be one that was worth embarking upon, particularly when the bears return to the woods.