Budget or Bodge it? 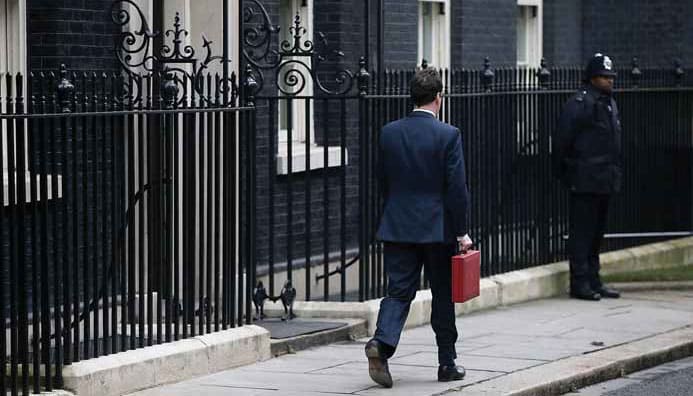 Budget day provided a spectacle for those who enjoy the adversarial bravado of British politics. It is always difficult to be the bearer of bad news and unfortunately the news was always likely to be bad. So the Punch & Judy show continued; egged on by a bloodthirsty media. One side is blaming the other for spending ‘all the money’ whilst in office. The other side is gloating over the succession of missed targets for growth and borrowing. Sadly, too many politicians, cushioned as they are by the largesse of the public purse, seem to forget that economically difficult times have an impact on real people.

The OBR forecasts
The Office for Budget Responsibility (OBR) published a raft of revised forecasts in its pre-budget report. On the basis that the negative aspects have been thoroughly reported, I thought it would be useful to pick out some of the positives.

A key Government objective is to eradicate the structural budget deficit or, in other words, the amount of money habitually spent each year over and above Government income and therefore financed by borrowing from financial markets. In 2009-10 the Government borrowed £160 billion. In 2013-14 the Government is now expected to borrow £120 billion, falling progressively to £40 billion by 2017-18. The rate of reduction is slower than first planned, but the totals are at least heading in the right direction.

Although targets for Government spending cuts have actually been achieved (and an underspend of £11 billion is predicted for this year), the problem is that the economy is not growing as previously forecast with the result that Government income (largely tax receipts) is not as high as expected.

Nevertheless, the Government’s ‘fiscal mandate’ requires it to balance the cyclically

“Sadly, too many politicians, cushioned as they are by the largesse of the public purse, seem to forget that economically difficult times have an impact on real people.”

adjusted budget five years ahead. The OBR report states: “the Government is more likely than not to meet the mandate.” So although disappointing, progress is not quite as poor as it is often portrayed.

Stimulating economic growth
With the constraints on borrowing, it is difficult for the Government to create economic growth. It needs the private sector to generate growth and for such growth to materialise, businesses need better access to credit and more confidence in the future. Government, therefore, needs to do everything it can to create the best possible environment for growth. The announcement that the main rate of corporation tax will fall to 20% from 2014/15 will help large businesses and hopefully assist in attracting investment from overseas. There is a new £2,000 per annum Employment Allowance. This is a reduction in Employer’s National Insurance aimed at helping small businesses and might encourage them to take on new staff.

Infrastructure
Much has been said about the need for Government to invest more heavily in infrastructure. It was announced that a further £2.5 billion would be invested this year, but this is a drop in the ocean. Perhaps more could and should have been done here, notwithstanding a lack of ‘shovel ready’ projects. Of more significance was the commitment to invest an extra £3 billion per annum for five years commencing 2015.

Synopsis
Overall, this was broadly a fiscally neutral budget. In these times of austerity there is little, if any, money for Government to give away. Whilst there were some interesting measures that would seem likely to have a beneficial effect on the environment for economic growth, there were no real surprises and no high impact initiatives.

I think the key underlying message here is that, at least in terms of a resumption of economic growth, the plan is to pass the baton to the new Governor of the Bank of England (Mark Carney succeeds Mervyn King in July), with the expectation that more creative methods to stimulate economic growth through relaxed monetary policy will be found. There is some logic to this, both politically and economically. The approach will enable some of the economic credibility established in recent years to be maintained (although further downgrades in our credit rating would seem inevitable), whilst providing a useful scapegoat at the next General Election if results are too slow in coming.

Monetary policy strategies that are more creative than our own method of quantitative easing have been applied by the Federal Reserve in the US and seem to be succeeding in accelerating the rate of economic growth there. Although the US has more leeway to do this because its Government debt is currently smaller than that of the UK (as a percentage of GDP), I suspect that a high impact initiative is already in gestation. Outlook for investment markets The above does have a bearing on our views regarding the investment outlook. I will cover this in more detail next month, but if you cannot wait, please give us a call to find out more.