A Kicking Start to Recovery 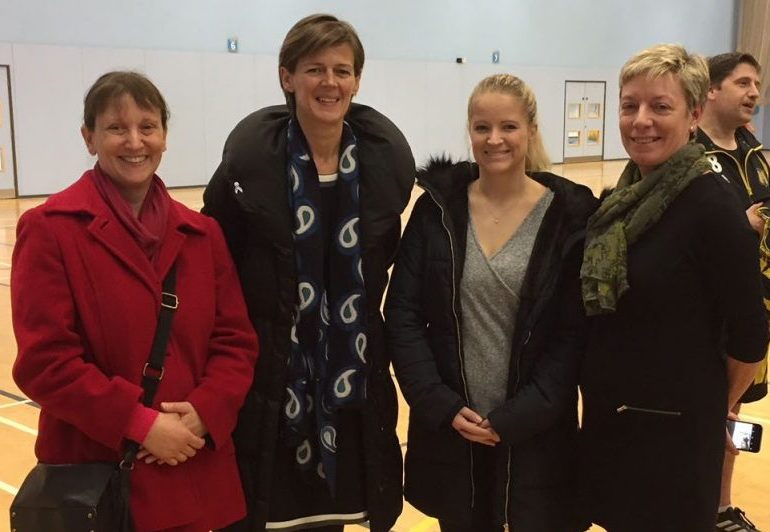 In 2016, the Elmbridge Philanthropy awarded Catalyst a grant to support the establishment of the Walton Recovery Football Team in Elmbridge. Two years later, we were delighted to be invited back to meet with the charity and find out more about how the donation was used to support the community. We visited the team in training at Walton’s Xcel centre and spoke to Catalyst about the positive effects being delivered by the team.

The Walton Recovery Team is an extension of the Welcome Wizards football team based at The Welcome Project Camberley. The Welcome Project works in partnership with Catalyst to provide support, guidance and activities to increase wellbeing for adults across Surrey affected by stress, anxiety and depression. Many of these adults may also feel very isolated.

The Welcome Wizards team has gone from strength to strength, supported by funding from the Community Foundation for Surrey and a passionate volunteer coach and player, Victor, who has been involved with the charity as a client and who has been instrumental in building the Welcome Wizards team. An opportunity was identified to extend the benefits achieved in Camberley into the Elmbridge area, and Victor has been instrumental in setting up and building the new team in the Walton area. The team initially started training in a recreation ground in West Molesey but has moved to a new indoor training facility at Walton Xcel, where the team meets every Friday. Participant numbers have grown steadily, with many attending very regularly. The team is fully inclusive so all ages, genders and abilities can participate. Many people attending haven’t played sport for many years, but are now realising the physical and mental health benefits that regular participation in sport can provide.

Arriving at the Walton Excel centre, we were met by Jane De la Rosa, the Communications and Fundraising Manager of Catalyst as, well as Victor.

Victor explained the background of his involvement with the charity and the history of the Welcome Wizards while the rest of the team continued with their training. Victor explained that playing football has made a big difference to his team mates and players; being part of a team created a sense of belonging and has a positive effect on mental and physical health. The regular sessions can provide structure and purpose to participants’ routines and can provide people with the confidence to socialise again.

We discussed the difference the funding from Elmbridge Philanthropy has made to the charity with Victor who explained that some of the funding has been used to cover the hire of the indoor training facilities. As anybody who has played sport over winter can attest to, training indoors can often make the difference between people turning up, or not, on a rainy day and is therefore an important factor in growing numbers of participants.

Victor would like to further grow the numbers of people who are part of the team and over time, the team will further embed its own identity by coming up with a name and designing a playing kit. Decisions over the name and kit will be made collaboratively by the team and funding from Elmbridge Philanthropy will be used to cover the cost of the kit. A decent playing kit is an important aspect of creating a team identity in raising the self-esteem of members who are part of the team.

The team also has plans to enter into tournaments and leagues. The Camberley team currently has two teams that play in the Surrey Community Football League, which is Surrey’s mental health league and Victor would like to replicate this to Walton. The emphasis is on participation; losing can be valuable in terms of helping people become resilient in the face of disappointment and both winning and losing can provide benefits to the team as they debrief their performance. Participants become empowered to express their opinions in a safe environment, with a supportive team around them that understands the difficulties that they may have overcome during the process of training and joining the team.

Our visit certainly demonstrated that sport can provide enormous benefits to participants and we were delighted that the Elmbridge Philanthropy was able to support such a worthwhile cause.

Receiving grants and donations is imperative to the survival of charities like Catalyst, and precisely why the Elmbridge Philanthropy focuses its efforts on securing long-term funding for local charities and voluntary groups. By pooling donations from individuals, businesses and families, they are able to provide a sustainable and permanent source of funding to support evolving community needs.

We need your help to ensure that we can continue to provide these grants to local charities like Catalyst, and other voluntary groups in the Elmbridge area. If you would like to find out more about making a donation or leaving a legacy, please click here.

Submit your email address below to receive CEO insights

Wordpress Social Share Plugin powered by Ultimatelysocial
Skip to toolbar
We use cookies to ensure that we give you the best experience on our website. You can find out more by reading our Statements and Risk Warnings.OK
CONTACT US