Confidence Gets a Shot in the Arm 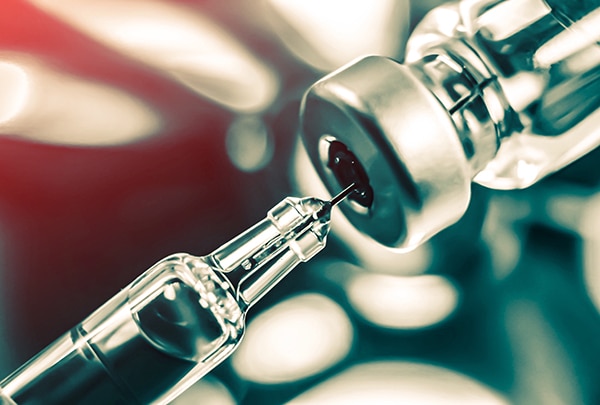 It has been a remarkable day, as surprisingly positive news from a vaccine trial brings confidence that an end to the global pandemic is now in sight. Simon Lewis, CEO of PMW, considers the impact this new confidence has had on global financial markets at a time when the dust is still settling on both the US presidential election and the Bank of England’s latest largesse.

Finally, there is some light at the end of the tunnel. The economy and by extension, financial markets are driven by confidence. Sentiment is a fickle thing and in recent times, much of humanity has felt more inclined to crawl under a rock than to bask in the increasingly dim light.

From the perspective of confidence, this has been a pivotal day. When I wrote in May (Have Faith in Victory) that we should have confidence that science would ultimately prevail, there was no indication that the Herculean efforts of the global scientific community would produce such encouraging results so quickly. After all, our species has been plagued by coronaviruses from the beginning and despite decades of effort, we haven’t managed to fend off the most prolific of them, the common cold.

The first set of results from Pfizer’s (in conjunction with BioNTech) Phase 3 COVID-19 vaccine trial, which involved 43,538 participants, found it to be more than 90% effective in preventing the disease. This is a startlingly positive result; most vaccines for influenza are less than 60% effective.

Assuming and hoping that the positive results continue and regulatory approval is granted, the next step is to deal with the logistics of administering the vaccine to at least those who are most vulnerable to the disease and at best, to a sufficient proportion of the global population (probably at least 60%) to achieve herd immunity. This will prove quite a challenge given that the vaccine needs to be stored at -80°C. Furthermore, the current projection is that it will be possible only to produce globally up to 50 million vaccine doses in 2020 and up to 1.3 billion doses in 2021; so our problems will not be solved overnight, given a global population of 7.8 billion.

Nevertheless, results from the Phase 3 trials of other vaccines under development are due in the coming weeks so there is potentially further good news in the pipeline. Even if it takes a while for the benefits to materialise, we at least have something to look forward to as we settle into our latest national lockdown.

Understandably, financial markets have reacted with euphoria after what has been a very eventful few weeks. The FTSE100 index emulated one of last week’s many home firework displays, leaping over 5% from the ashes of a year that had previously seen it lose 20%. In the US, equity markets soared to an all-time high.

It is certainly a welcome distraction from the aftermath of the US presidential election, which proved compulsive viewing. Although, in the end, the electoral college votes in favour of Biden provided him with (subject to legal challenges that are sure to fail) a decisive victory, the actual margin of his success was remarkably small. Assessing all votes cast, the margin of victory was only 3%. I suspect Trump believes that if today’s announcement of vaccine trial success had been just a week earlier, it would have swung the vote his way. Something that might drive a normal person to insanity…

Even before the vaccine trial announcement, financial markets were in buoyant mood. In essence, they concluded that the absence of a Democratic party majority in the Senate and a reduced majority in Congress would act as a brake on some of Biden’s more radical proposals, in particular those that involved increased corporate taxation and a greater regulatory burden.

On the negative side, it was concluded that the substantial fiscal stimulus promised by the Democrats (upwards of $3 trillion) would no longer materialise. Whilst this had been previously priced into financial markets, the belief that the US Federal Reserve would pick up the slack with further monetary policy easing, if required, tempered the disappointment.

In the UK, where our economy is so heavily dependent on sentiment, the vaccine news could not have come at a better time. Our government was rushed into a nationwide lockdown, that it does not appear to have anticipated, forced by the peer pressure of other European nations acting and fuelled by alarming predictions (some of which have since been statistically discredited) that the NHS will run out of capacity.

This accounts for the hastily resurrected and extended furlough scheme. The first version was commendable in terms of its speedy rollout and its success in staving off a huge and damaging increase in unemployment. It was flawed in many ways, but these flaws were forgivable in the circumstances.

It is therefore hard to comprehend why these flaws have not subsequently been addressed. Many economists believe that the latest scheme, that will run through until next spring, is poorly targeted and represents poor value for money for taxpayers. In the short to medium term, we have the Bank of England to thank for financing this, courtesy of the latest round of quantitative easing, which provided a further £150 billion to (effectively) finance the Government deficit. I was somewhat alarmed that the Chancellor had to wait until after the Bank Governor’s announcement to reveal this latest spending commitment. I can’t help thinking about Oliver asking Fagan “Please sir, can I have some more?” Hopefully, the long-term economic benefits that will be derived from the latest change in sentiment will enable us to carry this burden.

For the UK, many challenges lie ahead. As we hurtle towards the deadline for a trade deal with the EU the signs are not encouraging.  I worry that our government is not inclined to prioritise trade-offs that are in our long-term best interests; preferring those that will be politically popular in the short term. Hopefully, we will avoid such self-indulgence because a Biden administration is likely to be more interested in building bridges with the EU than offering a sweetheart deal to the UK. The business community is holding its breath, hoping that pragmatism will prevail.

I am pleased to report that PMW client portfolios have performed exceptionally well this year and although much has changed, I am as confident as ever that this performance will continue.