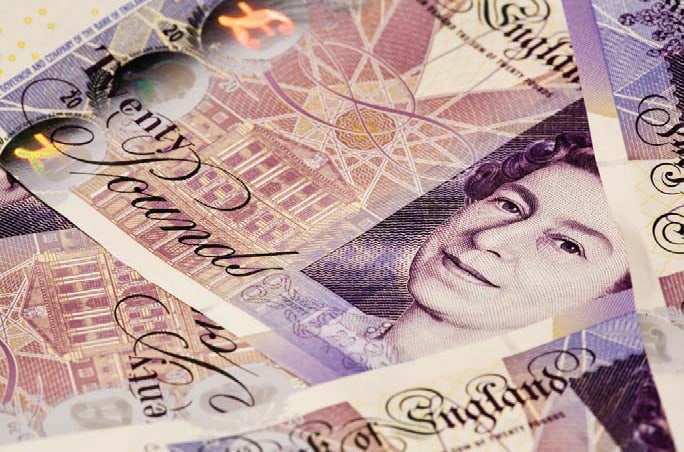 The Bank of England Monetary Policy Committee has announced a further £75 billion of Quantitative Easing (QE) to follow the £200 billion programme implemented in 2009 and 2010. It sounds very complicated, but in reality the principle is pretty straightforward.

QE is a method of increasing the supply of money in the economy with the intended consequence of a boost in economic activity. In other words, the Bank of England is creating and distributing new money.

However, the printing presses are only active in a metaphorical sense. The method used is to create money electronically in a Bank of England account and then use that money to make purchases, the overwhelming majority of which will be of British Government Treasury stocks, otherwise known as Gilts.

The Gilts are purchased from banks, insurance companies, pension funds and other institutions. The idea is that the banks will use the money to increase lending to small and medium-sized businesses and private individuals applying for mortgages. Pension funds and insurance companies will use the money to invest in other assets, causing a ripple effect through the economy.

A secondary benefit is that by buying British Government debt, the Bank of England helps to keep Government borrowing costs down by increasing demand and compressing yields. This benefit also trickles through, in the form of lower interest payments, to individuals with variable rate mortgages and companies with debt. This is because rates for such are based on the wholesale cost of money in the financial markets, which in turn are related to treasury stock yields.

In short, many institutions and many individuals (those with debt) should have more money to spend. However, to be of real benefit to the economy this money needs to be spent rather than saved and there is a real concern that banks will simply hoard the cash rather than lend it.

Given the current extent of political dithering in the Euro Zone and a consequent failure (so far) to provide for an orderly default for Greece (and consequently prevent the collapse of the European banking system), you can’t really blame the banks for wanting to hoard cash. Their number one instinct will always be survival. As UK taxpayers now own a considerable portion of UK retail banking, maybe that is a good thing.

Although the principle is straightforward, the transmission of money to the economy is not direct and its effect is, therefore, difficult to measure. From a political perspective this may be part of the attraction as QE is not universally welcomed and some economists doubt whether it is effective. The less transparent the process, the easier it will be to justify retrospectively.

Nevertheless, it should not be forgotten that the Bank of England creates new money every year outside of QE. This is over and above simply replacing worn out notes and coins and usually amounts to between two per cent and four per cent of money in circulation.

QE has other side effects, some good and others not so good. Unless there is an increase in the output of the economy (don’t expect anything tangible) the act of creating new money results in the depreciation in value of money already in the economy. This benefits UK businesses that export goods and services because it makes them more affordable for overseas purchasers. However, sterling depreciation also serves to increase the cost of imported goods and this is inflationary, adding to the already significant squeeze on real incomes.

In theory, QE is intended to provide a temporary rather than permanent boost to the economy. The money created does not last forever and in practice, the assets bought through QE will be sold and the money digitally destroyed. The risk of a long-term impact on inflation is, therefore, reduced. Although many object to the principle of QE it is one of the few macro-economic measures available to the Bank of England. The Government is pursuing a strategy of fiscal austerity and, whatever your view of this strategy, it has delivered greater credibility in financial markets with the result that the UK’s borrowing costs are lower than they might have been.

We should not forget that the UK needs to borrow around £140 billion this year to meet expenditure and what the lenders think about our credit-worthiness is therefore important. To ease the pain of the Government’s fiscal austerity a relaxed monetary policy is required.

With the base interest rate already at 0.5 per cent there is not much to gain by reducing it further. More direct economic stimulus (for example, the Bank of Japan once handed out shopping vouchers financed by printed money) can create an impression of desperation. How the UK is perceived is important as it will affect borrowing costs.

To quote the American comedian, Mitch Hedberg: “My fake flowers died because I forgot to pretend to water them.” A very perceptive observation about what is happening. Even if governments and central banks have run out of ideas, they need to be seen not to be desperate and not to have given up.