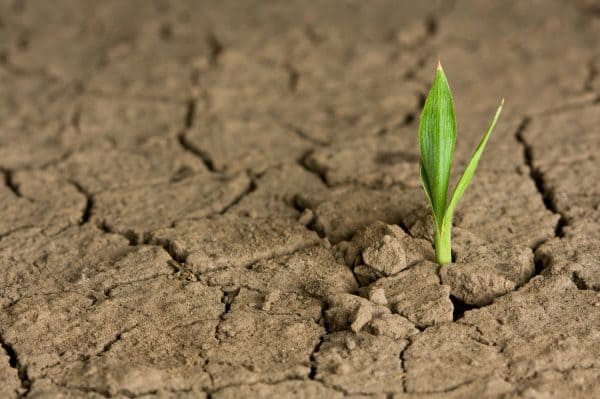 The previous five years were not kind to investors in global emerging market equities but so far this year, in some countries at least, there has been a noticeable turnaround in the fortunes of such investments. Is hope emerging or does the recent improvement represent a false dawn? Simon Lewis, CEO at Partridge Muir & Warren Ltd, investigates.

Although equity markets have provided investors with a bumpy ride over the last five years, the general trend has been positive and most equity investors with a globally diversified portfolio will have benefited, at a time of historically low interest rates, from very good returns overall (typically 50% or so over the 5 years to 31 December 2015). However, global emerging equity markets were a notable exception; a relevant composite benchmark falling by 13% over the period. This trend has gone into reverse in 2016. Over the year to date (30 September) emerging market equities have comfortably out-performed their developed market counterparts and many investment commentators believe that this is set to continue.

Assessment of the recovery potential of emerging market equities must start with an understanding of why such investments have proved a disappointment in recent years. The answers are found on opposite sides of the world, in China and the United States of America.

China’s economic ascendancy has been extremely beneficial for many emerging economies, particularly for those rich in natural resources such as oil, iron ore and copper. However, as the Chinese economy matures it inevitably slows with the result that the once reliably exponential increases in demand have stuttered. This slowdown in demand growth has coincided with a significant increase in supply. In the case of oil, this increase in supply is the result of geopolitics (and driven by Saudi Arabia) whereas for metals and ores there has been a huge investment in increased capacity following the financial crisis.

A basic tenet of economics is that increasing supply and falling demand combine to drive prices lower, with the result that the price of oil and many commodities are 50% lower than they were 5 years ago. This has caused a significant problem for many emerging economies, notably Venezuela, Brazil and South Africa. The flipside is that emerging countries that rely on the import of natural resources, notably India and China, benefit from lower import costs.

In the meantime, the US Federal Reserve has been presiding over a period of increasing expectations for a tightening in monetary policy. Although still relatively lacklustre by historical standards, the US economy has generated consistent GDP growth in recent years and ever since the Spring of 2013, the ‘Fed’ has been signalling policy tightening, first by tapering its quantitative easing programme to its conclusion and latterly by increasing the interest rate whilst signalling more rises to come.

Higher US interest rates are negative for emerging economies because so much of their debt is US dollar denominated and pegged to US interest rates. The rising cost of debt acts to dilute the rate of profits growth and has led to a corresponding adjustment in share prices. To compound the impact of rising loan interest rates, higher interest rates normally lead to a stronger currency. Therefore, corporate borrowers will feel the pain of both higher nominal rates and the increase in payments as a result of the strengthening of the US dollar relative to their local currency.

There are more complex but equally negative consequences. Well over half of the money that percolates through global financial markets is either owned or controlled by US citizens. The behaviour of US investors therefore has a profound influence on the direction of capital flows. In the immediate aftermath of the global financial crisis, many US investors took their money offshore in order to escape what they saw as the inevitable dilution in the value of the US dollar resulting from the quantitative easing programmes of the US Federal Reserve. Now that monetary policy is moving in the opposite direction, US investors are repatriating their money so as not to miss out on the recovery in US dollar strength and the prospect of increased rates of interest on dollar-denominated assets. Such capital outflows have had a disastrous effect on the currencies of many emerging countries, further compounding the impact of rising rates.

Many of the problems faced by emerging economies are self-inflicted. Dysfunctional domestic politics, corruption and a failure to follow prudent economic polices have left many countries ill-prepared to weather the headwinds. Venezuela is a sad example of a country that has been driven on to the rocks by idiotic policies.

Concerns about the possibility of a much sharper deterioration in Chinese economic growth have prevailed for a number of years but China surprised investors by reporting better than expected growth figures for Q1 2016 and the consensus forecast for the year is GDP growth of around 6.5%. This has been one of the main reasons why emerging market equities have rallied. Furthermore, increases in US interest rates have stalled as the ‘Fed’ has become more nervous about the prospects for global economic growth and this has been of much relief, albeit likely short-lived.

My instinct tells me that the rally this year is more a reflection of the fact that emerging equity markets might have been previously oversold and therefore the opportunity in the immediate term is their arbitrage relative to developed markets rather than prospective gains driven by macro economic improvement. Once prices have stabilised in relative terms, this recovery is likely to run out of steam and prices will remain vulnerable to the considerable headwinds that exist and are likely to prevail in the coming years. An allocation to emerging market equities should continue to be an important component of a well-diversified portfolio and there are clearly some countries that are better placed than others. For example, the Indian economy is forecast to grow by 7.5% this year. Nevertheless, now is probably not the time to let enthusiasm cloud prudence.