Are you feeling inflated or deflated? 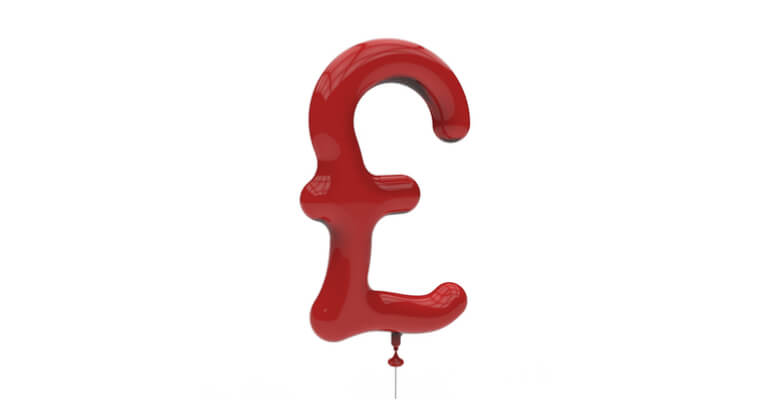 Remember a few years back when we were all worried about deflation, or stagnation as some coined it?

How economists were banging on about deflation would be the ruin of us all and that it was a sure sign of a stagnating economy and that inflation was now good, and that we needed more of it.

Well, fast forward a few years and inflation is back on our minds. Economists are now warning us of the threats of inflation again and from all accounts, the Bank of England’s Governor is having palpitations about it.

Don’t you wish for someone to say, just once, you know what, everything is just fine at the moment. But, alas, I doubt that will ever happen and we’ve now oscillated (in seemingly the blink of an eye) from deflation woes to inflation woes.

So what is the City view, given that we had an update recently from the Office of National Statistics which showed that inflation was now running at 3% in December, down from 3.1% the previous month?

Now, firstly, bear in mind that the Bank of England’s target is 2%, so we’re running a bit hot at the moment.

And although this was generally seen as good news (in other words, it was not continuing to rise), most economists say that the majority of people will continue to feel a pinch and that their money will be buying less every month, at a time when wages are generally static. Add in increasing interest rates (which is the central bank’s tool to cool down the economy) and you have a situation in which people are going to feel worse off as we start the new year.

So, disposable incomes are continuing to decline, which means people have less to save, are using savings to get by, or have to resort to taking on more debt. It’s far from ideal.

Inflation can be explained because those businesses which sell imported goods are having to pass on the higher prices they have to pay for imports, caused by the drop in sterling which came about after the Brexit vote. Now, the theory goes that once the effects of a currently rising sterling are taken into account (figures show that since the Referendum in June 2016, sterling is trading at its highest point), inflationary pressures will wear off and we will be gliding back to the 2% levels.

Should this indeed be the case, then the Bank of England might hold fast its trigger finger and not increase the cost of borrowing further.

But, you can see how it’s all finely balanced.

It’s a complicated backdrop, mainly because of the Brexit uncertainty. The PM and Foreign Secretary might be having cordial conversations with the French President, but it doesn’t help the fact that our visibility of what a post-EU UK looks like is still shrouded in fog. We remain dashing down the motorway at high speed, desperately peering through the windscreen, trying to make out the obstacles that lie ahead, hidden in the murk.

Apart from the Brexit induced lacklustre economic performance of the UK, there are some big headline factors which will help keep a lid on rising prices over the longer term. These include an aging demographic and the greater influence of disruptive technologies, which typically drive down costs.

But if we continue to underperform the rest of the world, our currency is likely to weaken rather than strengthen and that is more likely to be inflationary rather than deflationary.

It’s hard to predict what the future will hold, so all we can do in the meantime is keep calm and carry on.