Fill Your Pension Pot not Your Petrol Tank… 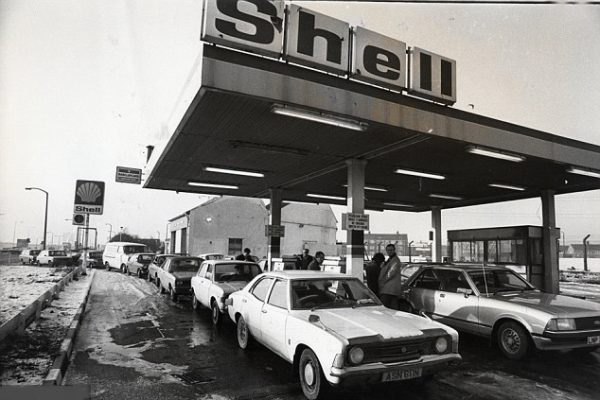 A budget and a new tax year approach. Simon Lewis, CEO at Partridge Muir & Warren, considers the planning priorities that might help you hang on to a little more of your money.

A budget is approaching and will be presided over by a Chancellor with a deeper financial hole to fill than was predicted only a few months earlier. Therefore, it is probably a good time to firmly grasp one’s wallet and consider opportunities to protect some of your hard earned cash from the Chancellor’s clutches.

Tax revenues are likely to be lower than expected and new taxes must be collected if there is to be any hope for the Government in aiming to balance the nation’s fiscal budget and produce a revenue surplus during the life span of the current parliament; a clearly stated objective on which political reputations hang.

I can remember budgets of the late 1970’s, when excise duty increases were particularly prominent and took effect from midnight on budget day. Most of the dads in my street would head off in their cars after ‘tea’ to fill their tanks with petrol and their boots with whisky and cigarettes. Although excise duties then contributed over 10% of national income, Chancellors have since adopted more sophisticated (and stealthy) methods of filling the Exchequer’s coffers. Nevertheless, a return to good ‘old fashioned’ excise duty increases might be about to come back in to fashion.

An obvious choice this time (and I’m surprised that it did not feature in November’s Autumn Statement) is an increase in fuel duty because the substantial fall in the oil price has not yet fully filtered through to the petrol pump. Therefore, an increase in fuel duty now could raise billions of pounds in revenue, yet hardly be noticed because the effect would simply be to reduce the rate of future fuel price falls rather than cause such prices to increase. At 58p per litre of both unleaded petrol and diesel, fuel duty has not increased since 2011 and if there was ever a good time to increase fuel duty it is now.

A possible addition to the portfolio of excise duties is a sugar tax. Rising levels of obesity and its related medical conditions are increasing the strain on an already financially stretched NHS. The imposition of such a tax could therefore be justified, in the same way that it is for tobacco and alcohol, but there will be challenges in finding a mechanism to target it effectively.

Although a budget day drive to the local filling station to fill your tank and pick up a bar of chocolate might have some appeal, for all but the heaviest consumers the saving will likely be modest. More significant savings can probably be had, where possible, by acting pre-emptively with regard to pension contributions, because a fundamental change to the tax treatment of such contributions would appear imminent.

A Treasury review into this tax relief is almost certain to conclude that the current regime is too generous. The government consultation document that heralded the Treasury review, published in July last year, was titled Strengthening the Incentive to Save: a consultation on pensions tax relief. No doubt, the strengthened incentive will be achieved by providing less incentive.

Although Chancellors have been unable to resist substantial and often detrimental tinkering of the pension regime over the last 20 years, the result of the review could represent the greatest change of all and produce a substantial windfall for the Exchequer. It seems to me that there is a basic principle of fairness in that income should only be taxed once. Therefore, our income should either be taxed on its way into a pension or taxed as the pension is paid out. It would be unfair for the Exchequer to have two bites of the same income, particularly when you consider that taxed income is already subject to a plethora of additional taxes on consumption, particularly of course VAT.

One particular idea mooted (by the Institute of Fiscal Studies) is to invert the current tax treatment of pensions. Instead of benefiting from tax relief, contributions would be fully taxed on entry. The incentive to make such contributions would be that any money paid out of the pension in future would not be subject to income tax. This is of course broadly the same as the current ISA regime.

At current rates of pension saving this would provide the Chancellor with an immediate windfall of around £30 billion per annum, equivalent almost to a third of the NHS budget. Under this scenario, there would of course be a substantial long term cost to government finances because of the progressive future loss of tax revenue from pension incomes. Such a change would therefore increase our collective vulnerability to future wayward Chancellors and their imprudent budgetary decisions.

Such a change would bring forward government tax revenue rather than creating more revenue, which should prudently be used to reduce government debt rather than be spent. The question is; will a Chancellor tiring of his reputation for austerity be able to resist the temptation to be seen to splash some cash?

Of course, the result of the Treasury review might be somewhat less radical but it would seem inevitable that higher and additional rate taxpayers are going to lose some of their tax relief entitlement.

Subject to other complex considerations that will almost certainly require advice, there does seem to be a strong incentive for higher and additional rate income tax payers to make one off pension contributions in the current tax year; preferably before budget day. The rationale for this is that the benefit of tax deferral, particularly for higher and additional rate taxpayers, is likely to be of much greater value than that provided by the likely new regime.

So perhaps, unlike the budget days of the 1970’s, dads would see more value in topping up their pension funds rather than their petrol tanks.

Partridge Muir & Warren specialise in pension planning and pension investment. If you would like advice regarding your options, please contact us.