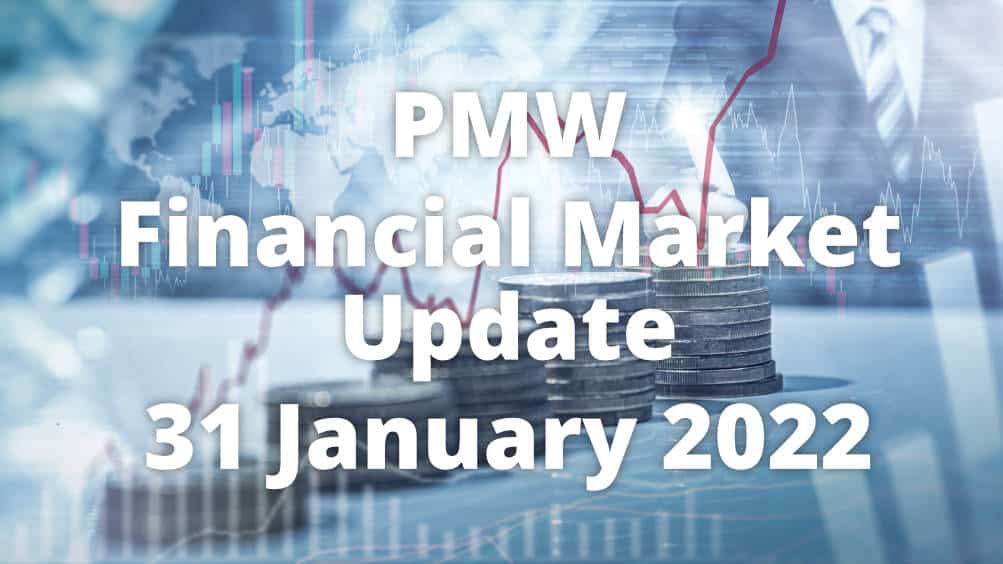 What has been happening in global financial markets?

For much of 2021, investors were cheered by the resilience of the global economy, which bounced back more quickly than predicted during the darkest days of the pandemic. Corporate profits have largely surprised on the upside, despite the challenging conditions that so many businesses have faced.

This good news arrived during a period when financial markets continued to enjoy the massive support of central bank policy, which supressed long term interest rates. Populations in those rich countries that had the benefit of a successful vaccination roll-out, such as the UK, have been enjoying some return to normality and have been increasing their spending accordingly.

However, cracks have been appearing in this confident façade. Since last summer, investors started fretting about the inevitability of monetary policy tightening, a process whereby central banks increase interest rates and curtail their stimulus through such measures as quantitative easing. Rising inflation, caused primarily by the mismatch between the available supply of goods and services and the rebound in demand, has been fuelled by fractures in the global supply chain and further exacerbated by rising geopolitical tensions that have pushed the price of oil and gas ever higher.

A need to control otherwise persistent inflationary forces has created much debate regarding how quickly central banks will react and to what extent.  The recent acceleration of inflation, both in the US and here in the UK, has created the impression that central banks have been wrong-footed and might need to tighten policy aggressively to regain the initiative. History has shown that once it has broken free, inflation is difficult to restrain without precipitating, from an economic perspective, other problems.

The Bank of England was first to act, increasing the UK’s base rate in the run up to Christmas, but more significantly, the latest hawkish message from the US Federal Reserve, implies as many as five US interest rate increases in 2022, commencing March.  Higher interest rates are a headwind to economic growth because they curtail both consumer spending and corporate investment. Prevailing interest rates are also used by investors to place a current value on the likely future profits of a company. Often referred to as the discount rate, a much simplified explanation is that the higher the discount rate, the lower the current value of future profits. In other words, investors are worried that share prices will fall as interest rates rise.

Our view is that this binary relationship is an over-simplification of the reality. The reality is that over time, higher inflation will lead to higher corporate profits, which will in turn support higher share prices.

PMW client portfolios benefited greatly from the recovery in financial markets that subsequently occurred following the onset of the pandemic. However, that recovery is now firmly in the rear-view mirror and a period of increased investment volatility is with us, having begun as the new year appeared. This volatility is likely to prevail for much of 2022 and from time to time, there will be a reminder that investments go down in value as well as up.

We have been anticipating this stage of the investment cycle for over a year and our client portfolios are configured to ride out such volatility, so that they will continue to produce what we expect to be a good rate of return over the medium term. This is a time for patience and a recognition that good things come to those who wait.