Have Faith in Victory 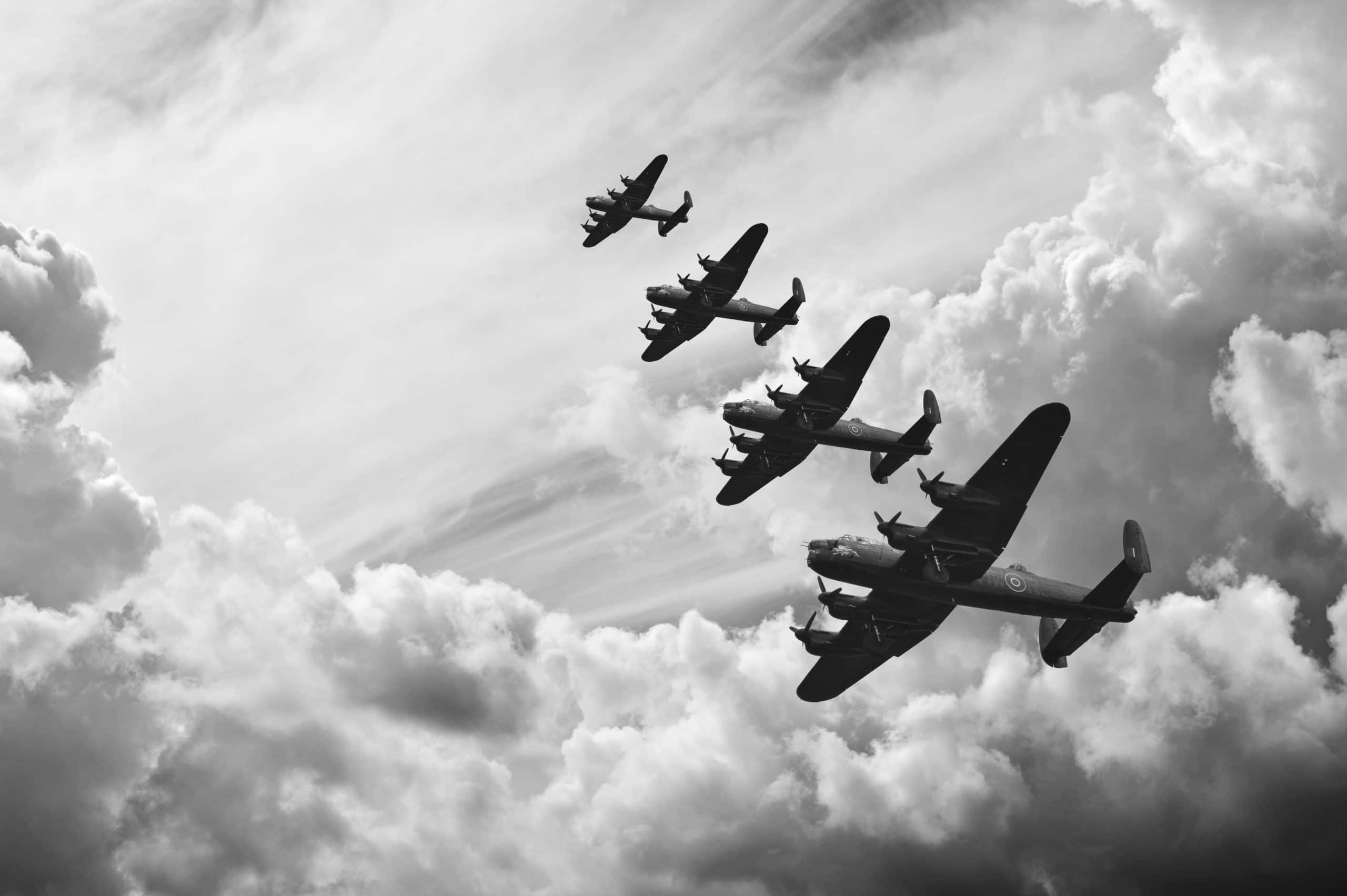 Simon Lewis, CEO of Partridge Muir & Warren, reflects on the immediate and future implications of our current war.

As we celebrate the 75th anniversary of VE Day, the final stages of our last great war, it is an opportune time to reflect on the progress of our current great war, the fight against Covid-19. It is also time to think about the likely long-term impact of the response to the pandemic from the perspective of investors. There is plenty of bad news, but there is some good news also.

In summary, this update attempts to explain (my view) that

The affects of COVID-19 on the world

There has been much progress regarding attempts to contain the pandemic but there have been many casualties along the way in both human and economic terms.  In much of the developed world, the upward curve in the rate of infection has flattened, but the consequential economic cost of achieving this is now becoming clearer.

Yesterday, the Bank of England published its latest assessment, which predicts that UK GDP will have fallen by 30% at the halfway point of this year. That will represent the biggest economic contraction since 1706. Although the Bank expects a strong recovery, particularly in the final quarter, the predicted fall in GDP for 2020 as a whole is 14%. To put that in perspective, it would represent an economic decline that is four and a half times greater than experienced during the financial crisis.

We are not alone as much of the developed world is experiencing economic contractions of a similar magnitude. Of the largest economies, China stands out as likely to be least affected, and might still grow its economic output. However, overall, the global economy is likely to contract by around 6% this year.

The big question is how quickly it will recover to its previous level of output and this will partly depend on whether the coronavirus will be the death of globalisation. The global economy had successfully developed a complex infrastructure of elaborate supply chains with a high co-dependency. This was highly efficient and productive but not resilient to the type of shock we have experienced. An increasing trend of nationalism in many parts of the world could well interrupt the repair of such supply chains and this will ultimately have an additional economic cost.

With so little time to prepare for such a fast moving pandemic, governments had little option but to employ the blunt instrument of enforced social distancing, which has necessitated a broad ranging economic shutdown. In the UK, our version of this has been effective but if there is one thing that many of the best medicines have in common, it is that too much of them will kill the patient. Social distancing is sure to prevail in one form or another but it is clear that there is no choice but to soon commence a meaningful return to work. On Sunday, Boris Johnson will be addressing the nation to reveal how Government plans to restart large tracts economy.

To alleviate the impact of the short-term economic effects, governments around the world have dug deep to create substantial fiscal packages. So far, these pledges amount to over $8 trillion. Very few governments had a fiscal surplus to finance these pledges so ultimately this money must be borrowed and one day, in one way or another, repaid by future taxpayers.

Looking specifically at the UK, fiscal measures already announced by Chancellor Sunak will have a price tag of £100 billion in 2020. The furlough schemes in place for both the employed and self-employed account for much of this cost. These are forecast to cost £50 billion per quarter. It is clear that the UK cannot afford for them to continue for much longer and it is probably reasonable to expect that 95% of businesses will be open in the final quarter of this year.

In the UK, government debt will balloon to well over 100% of GDP. In normal circumstances, financial markets would not tolerate this level of debt, but these are not normal times and the coronavirus pandemic is a ‘no fault’ shock. To return to the wartime comparison, when we exited the Second World War, government debt stood at an eye watering 220% of GDP.

Of course, the borrowing of money requires a willing lender and this is where central banks around the world are playing an important role in financing their governments. Looking at the numbers in the UK, it is evident that through its quantitative easing program the Bank of England is effectively printing money to match, pound per pound, the additional funds that Government needs to borrow. It is a similar story in the US and Europe. The US Federal Reserve has effectively recently printed about $4 trillion; more money in the last six months then it has in the last nine years.

How will this be paid for?

The soft option is to pursue a benign approach to inflation control, which would allow the real-terms significance of government debt to erode over time. In normal circumstances, investors would not tolerate this because ultimately, they would be bearing the cost of such depreciation. However, central banks are now the primary investors in government debt and are likely to be a more willing recipient of this effect. Nevertheless, in the short to medium term inflation is unlikely to provide governments with a helping hand. If anything, the risk of deflation lose looms.

The tough option is less palatable because it requires an increase in government revenue through taxation. Although tax rises too soon might have a counterproductive effect, there is likely to be a political appetite for increasing the tax burden on those of greater means.

We should expect that a combination of the two options will be used, with the relationship between them changing over time. However, the urge to increase taxes will be strong. The technical reason is that as inflationary pressures eventually build, central banks will have less freedom to follow the traditional pathway of increasing interest rates. If this happened, governments could not afford to service the huge debts that are accruing. The likely tool used in future to suppress inflation is therefore taxation.

My expectation is that capital taxes are most likely to become heavier. Governments need economies to start growing again and taxing existing wealth provides less of a disincentive than taxing the creation of wealth. Furthermore, there might well be an argument, from the perspective of fairness that those who already own assets will benefit disproportionately from the financial repression that will inevitably result from central bank policy. In other words, it will be the same as experienced in the aftermath of the financial crisis. Central banks print money to provide liquidity and support economies and the creation of this additional money inflates the value of existing assets so that those who already have receive more and those who do not have are left further behind.

I doubt that the electorate here and in other developed world countries will tolerate this without some form of retribution via the tax system. The popular demand for change could radicalise politics much more than the financial crisis and I am reminded of a quote from Benjamin Franklin – democracy is two wolves and a lamb voting on what’s for dinner.

Capital gains tax, inheritance tax and council tax for high value properties could well rise substantially. Some form of tax on overall wealth is also a strong possibility, particularly as increasing digitalisation of information would make this easier for government to administer and police.

You might be wondering why, if the economic and fiscal outlook is so depressing, financial markets produced a strong recovery in April. The reason is that financial markets are benefiting from the significant financial stimulus provided by central banks. Although the money they create is targeted at government bonds to keep government borrowing costs down, it causes a degree of displacement, pushing money into other assets such as shares and corporate bonds. It is true that the short-term prospects for many companies are not good, but investors are hoping that things will return to normal over the next few years and although investment returns might be lower, they will still be a better prospect than cash or bonds, on which interest rates are likely to supressed for a decade or more.

We will be victorious

I am pleased to report that having weathered the storm in February and March, PMW client portfolios have participated strongly in April’s recovery. We remain confident that we are following the correct approach, which is generally cautious and highly diversified and if there is any urgent action that we believe our clients should take, you should be sure that we will be in touch directly.

I think that we are some way off being able to celebrate a sustainable curtailment of the coronavirus but I am confident that science will eventually prevail. In the meantime, let’s remember from, a UK perspective, the significant victory 75 years ago that ultimately delivered peace and prosperity for the generations that followed.