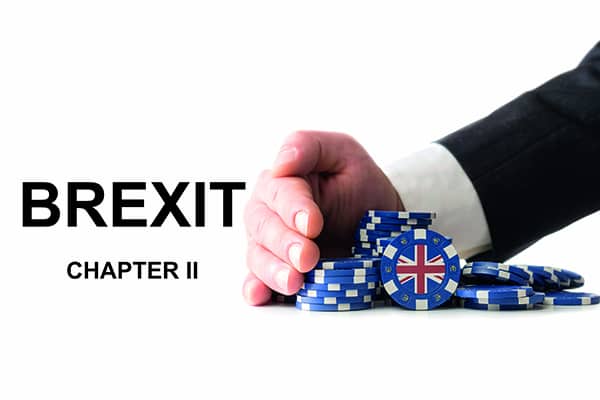 0n 23 June we will be asked to cast our vote on whether the UK should remain within or leave the European Union. Simon Lewis, CEO of Partridge Muir & Warren Ltd, continues his series of articles on the subject.

My first chapter focused on the subject of trade and geopolitical influence. This generated many interesting responses from both sides of the debate and, with further relevant facts being unearthed as we get closer to the referendum, it is a subject that I will certainly return to.

Polls say that immigration is voters’ primary concern, a trend that has been evidenced in recent years by the rise of UKIP and David Cameron’s ill-conceived (because it could not be delivered) electoral pledge to cap net annual migration to the UK to 100,000. The correlation between hostility to immigration and support for Brexit is high, which perhaps explains why Mr Cameron (who advocates staying in the EU) was so desperate to incorporate a 4-year delay in the granting of in-work benefits as part of his recent EU reform deal.

It is hard to get a true sense of the immigration position from the daily media because there is so much hyperbole and disinformation. My primary objective is to focus on the economic aspects of immigration rather than consider the social and moral perspectives.

It is estimated that there are currently 3 million EU migrants in Britain, representing roughly 5% of the population. The number has risen strongly in recent years, in part as a result of an influx from Southern Europe. Nevertheless, over half of net migration to Britain comes from outside the EU and would not therefore be affected by the outcome of the referendum.

In the circumstances, it would seem unlikely that benefit cuts and deferral of entitlements will act as a material deterrent as most migrants appear to want to come to Britain to work. In reality, the introduction of the new national living wage (which took effect on 6 April) is likely to encourage immigration, because those in work over the age of 25 years will see the minimum hourly wage increase from £6.72 to £7.20; rising progressively thereafter to £9.00 per hour by 2020.

Simplistically, some might argue that with the official UK unemployment figure at around 5%, if we didn’t have any EU migrants working in the UK we would have full employment. This of course ignores the fact that those currently unemployed might not have the aptitude or skill levels to undertake the work required of them. In fact, a recent study has shown that whereas 27% of British-born residents over 15 years old have benefited from a tertiary education, the figure is 47% for those who are foreign-born. Although these figures might well be distorted by the likelihood that the mean age of the foreign born cohort is probably lower (reflecting an increase in immigration over the last 20 years) it does indicate that immigration brings skills and expertise that might otherwise not be available to the UK economy. The presence of such skills encourages businesses to invest, from both within and outside the UK. There is no doubt that a skills shortage would impair the UK’s economic growth potential.

Research indicates that on a year by year basis, EU migrants contribute on average £1.34 to the UK public purse for every £1.00 taken out. If we look at the figures in more detail they show that the economic contribution is lower (£1.12) for migrants from the 10 countries that joined the EU in 2004 (mainly Eastern Europe) while those originating from the rest of the EU contribute £1.64 for each £1.00 taken out. This might be indicative of generally lower skill levels from those coming to the UK from some Eastern European countries and as a consequence lower levels of earnings and tax contributions. Therefore, if Britain were to stay in the EU it might be wise to encourage it to temper its expansionary ambition because a high long-term influx of low skilled migrants might not be affordable for many member states, particularly those with generous and expensive to maintain welfare arrangements.

Of course, the best return for the UK public purse is from those who are here whilst at working age but leave before getting old. Figures for longer term UK residents from the EU show a reduction in public purse contribution to £1.15 for every £1.00 taken out; reflecting increased pension and healthcare costs. However, for long-term non-EU immigrants the contribution is as low as 85p for every £1.00 taken out, partly the result of a higher birth rate and consequently higher education costs.

Although there are many advocates of an Australian style points system that would allow Britain to cherry pick the best and brightest, we cannot escape the fact that to retain full access to the single market Britain would need to accept the free movement of people from the EU. This is the case for both Norway and Switzerland, both of whom have proportionately more EU migrants than Britain.

It is also worth remembering that migration is not only an inward phenomenon. There are currently around 1.25 million British nationals living in other EU countries and every year the British expatriate population is increasing. In 2015 around 40,000 more British nationals left the UK to live abroad than returned. Furthermore, within the EU, UK nationals represent the fifth largest expatriate population. For those who believe EU migrants should be sent home to reduce the burden on the UK welfare state, it is worth remembering that UK expatriates might also be encouraged to return home. Given that they are likely to be older, the impact on the finances of the welfare state might actually be negative.

Looking at all these issues in the round, there appears to be evidence to support the economic benefit of immigration. However, this is a backward looking analysis and does not necessarily mean that future immigration would have the same positive affect; particularly if it is indiscriminate. In other words, it would be more reassuring if the EU was able to demonstrate the will and ability to impose restrictions at its borders.

Readers of my first two chapters might be forgiven for concluding that my allegiance lies with the ‘stay’ campaign but the truth is that I have still not made up my mind. My instinct tells me that there are further surprising facts to discover. With that in mind I believe it’s too risky to place a firm bet at this stage; so my chips remain racked.