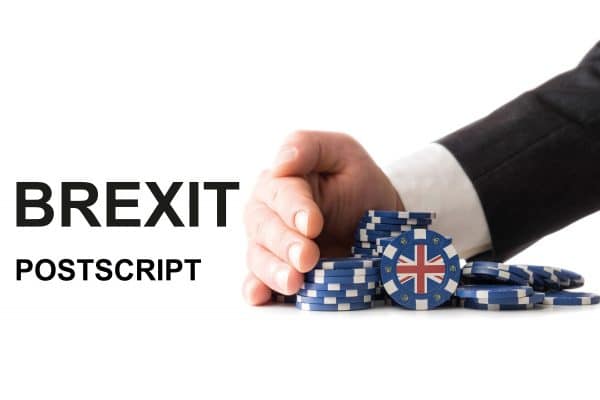 0n 23 June we cast our vote on whether the UK should remain within or leave the European Union. Simon Lewis, CEO at Partridge Muir & Warren Ltd, comments on the fall out.

The stakes were high when the dice was rolled and as the UK woke up this morning to the news that we had voted to leave the EU, the shock of the result has been added to by the extreme reaction of financial markets. Overnight, as it became clear that Vote Leave would prevail, sterling fell to its lowest level against the US dollar for over 30 years. Asian stock markets fell heavily and futures trading indicated that when the London stock market opened a substantial fall was inevitable.  This proved to be the case, the FTSE100 share index opening nearly 6.5% lower.

There is no doubt that these are violent moves but it is important to appreciate that they have been exacerbated by the fact that markets were wrong-footed and a vote to remain had been priced in over recent days. Financial institutions have therefore been scrambling to protect their positions in relation to the bets they had placed.

You might wonder why financial markets got it so wrong and having looked at the referendum result in more detail, I think I can see why. Since the last General Election the results of the pollsters have largely been discredited and markets have been placing more credence in the prevailing betting odds, which had begun to appear a more reliable indicator of voting intentions. The weakness in this hypothesis is that betting odds are often London centric because of the weight of money in London and the correspondingly larger bets placed. London has generally favoured the vote to remain and this will have had a disproportionate effect on the odds, but as we have seen, the referendum result is markedly different across the regions of the UK.

Although markets are volatile the impact of this event, from the perspective of financial stability, is nothing like as significant as that of the global financial crisis precipitated by the failure of Lehman Bros in 2008. UK banks are 10 times stronger than they were then and have comfortably sufficient reserves to ensure continued liquidity in domestic credit markets. Furthermore, the Governor of the Bank of England made it clear in his announcement this morning that the Bank stands ready to provide markets with whatever support they need to maintain financial stability.

This is not the end of our trading relationship with our European partners. It is simply that the terms of these relationships will now be renegotiated and following Mr Cameron’s speech this morning, that renegotiation is unlikely to commence until October and thereafter follow a pathway that will take at least two years.

Of course, things will be different but they probably won’t be that different in the long term from the perspective of UK prosperity. Financial markets are likely to remain volatile for a while but will settle down as the ramifications of exiting the EU are explored and priced in. When financial markets are volatile it is usually safer to be an observer rather than a participator and that is exactly what we are advising our clients to do. Our clients’ portfolios are well positioned to weather the storm.

Next week, we will publish a comprehensive analysis of what we believe the likely medium to long term impact for investors will be.