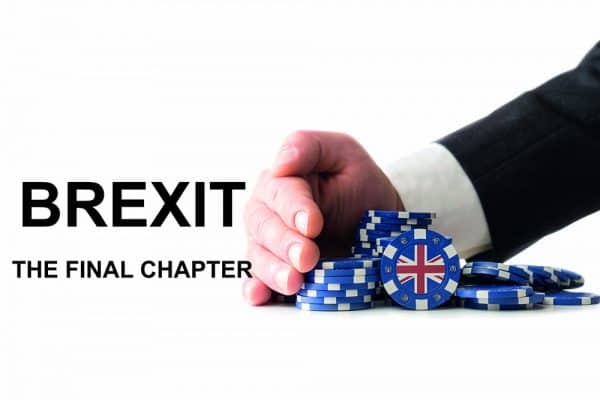 0n 23 June we will be asked to cast our vote on whether the UK should remain within or leave the European Union. Simon Lewis, CEO at Partridge Muir & Warren Ltd, concludes his series of articles on the subject.

My first two chapters focused on trade and immigration with the conclusion that from these perspectives, remaining within the EU was likely to offer the UK greater opportunity for prosperity. My third chapter looked at how the EU spends its budget and concluded that there is a lack of both rigour and accountability. It was also evident, at least in terms of direct EU spending in member states, that the UK does not receive its fair share even allowing for the budget rebate.

As the referendum draws near, politicians on both sides of the debate reveal their contempt for the intellect of the electorate by making ever more spurious claims. Depending upon which ridiculous claims you believe, leaving the EU will result either in plague, pestilence and war or long term prosperity, founded on the removal of red tape and the rebuilding of the British Empire. In reality, the differences are likely to be marginal but nonetheless important to ours and future generations.

In this, my final chapter, I will look at the possible impact on the City of London and explore the extent of Britain’s influence in Brussels. There has also been a useful addition to the economic aspect of the debate by the Institute of Fiscal Studies (IFS); ‘Brexit and the UK’s Public Finances’.

In Chapter III, I estimated the net annual cost of EU membership to be £8.5 billion, and I am pleased to see that the IFS broadly agrees, its own estimate being £8 billion. Both of these figures are far lower than some claims.

The IFS has also carried out an excellent analysis of the short term economic cost of Brexit, which helpfully relates it to the UK’s post financial crisis fiscal strategy of ‘austerity’. The cost would extend the period of austerity required to bring the public finances back into balance by 2 years. In the meantime, government debt would continue to accumulate as would the future interest burden of such. This is not to say that Brexit is unaffordable; to quote the IFS, “These are important costs that would mean difficult decisions on tax, benefits and public services, but are not unmanageable if we wanted to pay them.”

Looking forward, the consensus does seem to be that UK GDP would initially grow more slowly following Brexit, not least because of the uncertainty that would defer and deter foreign direct investment – the amount invested in the UK from overseas. This uncertainty would continue until the broad terms of a revised trade deal with the EU had been agreed. By 2020, it is estimated that UK GDP would be around 5% lower than would otherwise have been the case. The effect would be noticeable, but not catastrophic.

The City of London

London is the world’s leading financial centre for international business and contributes over 20% of the UK’s GDP. Love it or loathe it, its importance to this nation’s long term prosperity must not be under-estimated. There are many who would like the UK economy to be less dependent on financial services but the only affordable way to get there is for other sectors of the economy to grow faster. Until that time, we need either to preserve the City’s global competiveness or accept that we will be poorer.

Many who work in the City favour Brexit but the view is polarised and depends to an extent upon which part of the City people work in. Those who have a domestic focus are less likely to be immediately impacted by a vote to leave whereas those working for non-UK domiciled financial institutions will be concerned that their operations would be shifted to Paris or Frankfurt. This is because to operate within the EU a financial institution must have a ‘passport’ (PMW has one) and they are only available to EU domiciled institutions. So if we leave the EU, many international banks will have no choice but to move the bulk of their UK operations elsewhere because they wouldn’t otherwise be allowed to trade freely in the EU and the UK market alone is not big enough to justify their current presence here. Currently, around a third of the City’s financial exports are to the EU.

This is not to say we should conclude that remaining in the EU is the safest option for the City of London. Two thirds of the City’s financial exports to outside the EU are growing at a faster rate than the one third to the EU. With the Eurozone economy apparently stuttering once again, this dynamic seems unlikely to change. In fact, it could be argued that recent attempts by Brussels to enforce ill-conceived and potentially damaging legislation on the City actually impair the City’s international reputation as offering a fair and consistent financial framework to do business in.

As the Financial Times commented, “if the Eurozone has a collective interest in anything, it is to stop the City acting as its main financial centre.”

Trade – the EU is a customs union

There is a substantial risk that a post Brexit UK would end up with fewer and worse trade deals than it has now. The more I study the EU the more I see evidence of protectionism at its core. Yes, it is a free market, but only if you are part of the club. There are real barriers to those on the outside and in essence, the EU operates as a customs union, granting quotas and tariffs on a country/product specific basis. The list of tariffs is extensive and many of them are related to agriculture; the standard import tariff for dairy products is 54% and New Zealand beef farmers, for example, pay a tariff of NZ$77 million to export 10,000 tonnes of beef to the EU each year. The result is higher prices for EU consumers in order to protect EU based interests.

Of course, the EU is not alone in such behaviour. The US FATCA rules are a genuine barrier to non-US domiciled financial institutions acting on behalf of US citizens (wherever they live) and there are many other examples of blatant US protectionism in other sectors.

One of the better quotes from Lord Mandelson, once the EU Commissioner for Trade, is “Trade deals are started by liberals and finished by protectionists.” So it will not necessarily be easy to replace existing trade deals on favourable terms and there is of course the risk that Brussels might seek to treat the UK harshly in order to deter other member nations from seeking to exit. Furthermore, the UK has been in the EU for over 40 years and therefore has little experience of bilateral trade negotiations.

A common concern is that the EU does not pay enough attention to the needs of Britain and I think there may be some truth in this fear. For example, whilst the UK has no right of veto over new EU financial services legislation (which has a disproportionate impact on the UK because of the dominance of London) France has the power of veto over all new EU legislation related to agriculture.

The UK championed recruiting more Eastern European countries with the result that Britain’s voting power on the European Council reduced from 17.2% to 8.4%. This is of course an expected democratic outcome given the enlargement of the EU. However, Britain’s marginalisation is compounded by the fact most other member states are members of the Eurozone also, which creates conflicting loyalties.

What is more alarming is that there has been a sharp drop in the number of British officials working in the EU institutions. In 2014 only 2 UK candidates were accepted to work at the EU compared to 15 from France and 16 from Germany. It would appear that this has been a long term trend because although Britain has 12.3% of the EU population, the proportion of staff at the European Commission (the body that proposes and monitors EU laws) was down to 4.3% in 2015. This compares to 8.3% for German workers and 9.7% for French workers. Even Poland, a relative newcomer to the EU with a population of 38.6m versus the UK’s 65m, supplied 4.9% of the EU staff. This perhaps represents another aspect of Britain’s growing alienation from Brussels and creates the real danger that future legislation will be progressively less sympathetic to the needs of the UK.

My assessment of the financial issues over the course of these 4 chapters has provided me with some useful insights that have served to alter my view and possibly change my voting intention.

The issues around trade are finely balanced and on this subject I am certainly more ‘stay’ than ‘leave’. On immigration, my view is that it has been economically beneficial so far, but that this might not always be the case and I am certainly of the view that EU spending requires better control and more accountability. The ‘democratic deficit’ is a significant concern for me as it impacts all areas from a UK perspective.

I appreciate that there are a number of non-economic issues that are equally important but, based on those considered in this series I do not believe that the interests of the UK will be best served by continued membership of the EU in its current form. My concern is that the direction of travel of EU policy is against us and is biased to the needs of the Eurozone and the objective of European harmonisation.

Nevertheless, I do believe that with reform the EU can be a powerful economic force for all of its current members. I also believe that the EU is likely to be less of a threat to us if we are on the inside driving such reform and resisting the pressure to broaden its remit towards a ‘United States of Europe’.

My voting choice is now a tactical one. Do I vote to stay in the belief that it would provide an effective platform for reform? Or, do I take the view that our Government’s negotiating position is a busted flush and the only way to shift the odds back in our favour, to achieve proper reform, is to call the EU’s bluff and vote to leave? The stakes are certainly high…