How Rising Inflation is Affecting the Cost of Living in Retirement 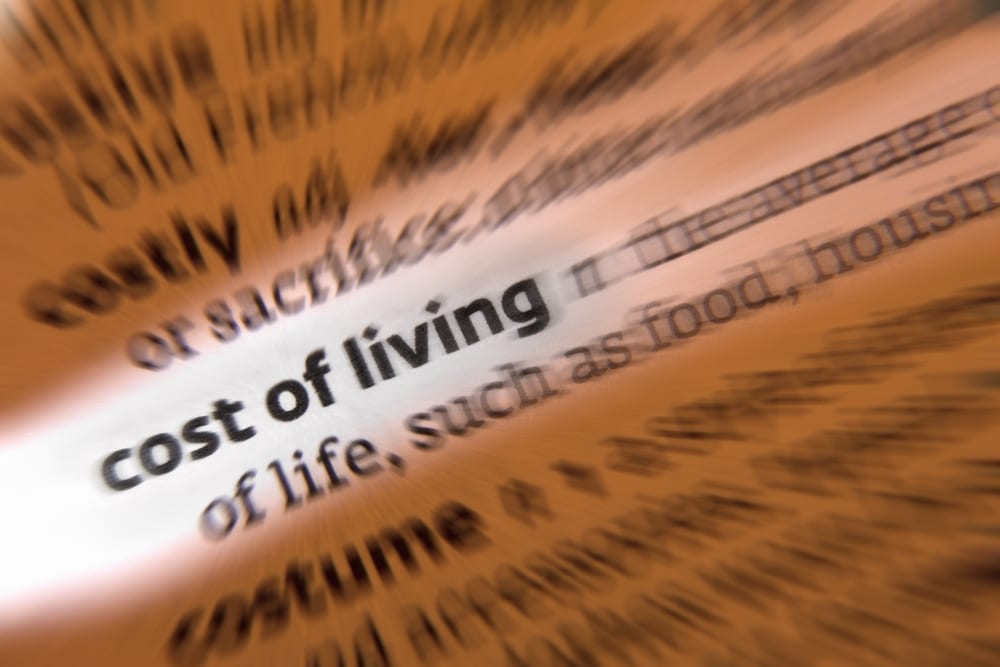 With the cost of living having reached its highest recorded level in several decades, inflation has risen significantly. In fact, in early February, the Bank of England warned that inflation could rise above 7 per cent this year, and other private forecasters have agreed. Society in general is set to be widely affected. But how will the increased cost of living in retirement hit pensioners?

The ONS releases its measure of inflation each month, revealing how much prices have risen since the same date last year. This is known as the Consumer Price Index (CPI). And in December 2021, consumer prices, as measured by the CPI, were 5.4 per cent higher than a year before. This has led to a significant rise in the cost of living in the UK.

One of the biggest drivers of inflation is energy prices. Between January and November 2021, domestic gas prices rose by 28 per cent, and domestic electricity by 19 per cent. But this is not the only area that has seen an increase. Food and non-alcoholic beverage prices rose by 4.2 per cent in the year to December 2021. Regulated rail fares, and TV and broadband prices, are also set to rise in March 2022.

What does the cost of living increase mean for retirees?

Up until September 2021, those in retirement were looking forward to an 8 per cent increase in their state pension from April 2022, which would have contributed to the increase in inflation and the cost of living.

The triple lock works by increasing state pension payments by whichever is the higher of the following three:

However, because wages soared in 2021 has the furlough scheme ended and people returned to work, the earnings figure became distorted, making it very high. In response, the government decided to suspend the triple lock guarantee for the 2022/23 tax year, and replace it with a double lock.

So, in April 2022, the state pension will increase by 3.1 per cent, which was the Consumer Price Index rate of inflation in September 2021, when the rate is set.

The decision was enabled after The Social Security (Up-rating of Benefits) Act 2021 received Royal Assent in November 2021. This legislation temporarily suspends the earnings element of the Triple Lock for a single year only, following distortions to the earnings statistics.

In taking this line, the government considered the fairest approach for both pensioners and younger taxpayers, many of whom have been affected the most by the financial connotations of the pandemic.

The government also delivered primary legislation in 2020 to increase State Pensions by 2.5 per cent, during a period in which earnings dropped and inflation increased by half a percent. If that action hadn’t been taken, State Pensions would have been frozen.

All other benefits will be increased in line with the CPI of 3.1 per cent. This includes working-age benefits, benefits to help with additional needs arising from disability, carers’ benefits, pensioner premiums in income-related benefits, Statutory Payments, and the Additional State Pension.

What about private pension pots?

Inflation can have a considerable impact on how long retirement savings will last.

Those with an annuity purchased at a fixed rate may see their income eroded every year, and will be most likely to bear the brunt of a sharp rise in inflation. This is because ‘level annuities’, as they are called, continue to pay the same rate, whilst the cost of living rises. Even though they often pay out more from the start, over time, as inflation rises, the amount does not grow.

Anyone purchasing an annuity today should consider linking it to inflation to help balance the cost of living in retirement, although personalised retirement planning advice is of course vital when making such decisions.

Here at Partridge Muir & Warren, we have an in-house team of tax advisers, financial planners and legal specialists ready to provide you with the retirement planning advice you need to help you deal with the rising cost of living in retirement in the UK.

To discover how we can assist you, please get in touch.