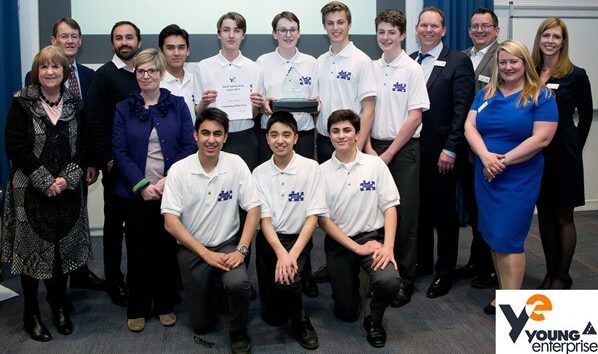 The future of the UK will be influenced greatly by how entrepreneurial the next generation proves to be. Simon Lewis CEO at Partridge Muir & Warren has found good reason for optimism.

For anyone who appreciates the importance of business to the UK economy, the run-up to the General Election was particularly depressing. All political parties attempted to gain favour with the electorate by promising to bash business and penalise success. It is a peculiarly British disease.

Such anti-business rhetoric is particularly alarming because it is business that creates the majority of the wealth that in one way or another, finances the taxes that allow the State to operate. This is how a capitalist society works. Given the uncertainty regarding how the UK will fare in its Brexit negotiations, it is pretty short-sighted of politicians of all persuasions to contribute to the uncertainty.

Politicians should be thinking about where the next James Dyson or Richard Branson will come from. It is such people who are creative enough to have a good idea and figure out a way to create wealth on the back of it, providing both employment and wealth for many in the process. The Government needs to provide a positive message to those tempted to start a business and encourage inspiration rather than suppressing it.

Thank goodness for Young Enterprise. I didn’t know much about this charity until I was asked to join a panel of judges at their 2017 North Surrey Company Award finals, but I have discovered something that all involved should be proud of.

Young Enterprise is the UK’s leading charity for empowering young people to harness their personal and business skills. They achieve this by making the connection between school and the world of work, in a way that enables young people to develop the knowledge and attitudes they need to succeed. The key skills that they encourage are:

The charity is supported by over 6,000 business volunteers who give up their time to share their experiences in the classroom and contribute to local volunteer boards.

The company competition is aimed at encouraging entrepreneurship in young people aged 15-19 and runs throughout the course of an academic year. Students from schools across the country were invited to participate in regional heats with the potential to compete nationally. To be part of the competition students were required to raise enough money to pay the entrance fee and fund the development of their product/service. They were then responsible for running all aspects of the business and ensuring they work together to achieve their company objectives.

As a judge at the North Surrey Finals I was required, along with my fellow judges, to assess 14 companies by analysing their reports and accounts, their trade stands and their presentations. I must admit that I was genuinely surprised at how good the entries were. It was amazing to see how innovative and well executed their business ideas were and it was refreshing to see how passionate each team was about their company. Whilst there had to be winners at the end of the process, every team had achieved plenty to be proud of. In particular, with seed capital limited to just £500, it was admirable that most teams managed to post a healthy profit and some of the entries clearly have the potential for their businesses to keep growing.

The finalists stood out because as well as having an innovative idea that was well executed, they were also able to demonstrate that they encountered problems that they had managed to solve and made mistakes from which they had learned.

Of the entrants here are a few of my favourites:

Reformed Retro had the idea of taking old vinyl records and moulding them into funky music amplifiers and clocks. They are striking products and their success is evident in their ability to secure deals with two local retailers. 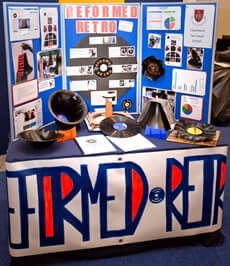 Stick Safe produces reflective equipment for cyclists. Practical safety gear is combined with a strong road safety message and modern brand to encourage cycling safety in young audiences. Their promotional video was outstanding and saw them win the award for best promotional video.

Coasters Combined came up with an innovative modern take on the traditional coaster. They are able to use a personal image of your choice and print it onto a laminated board ‘jigsaw’ place 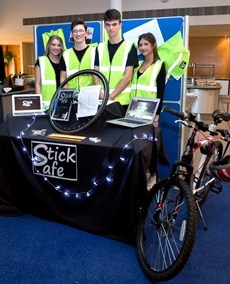 mat or coaster. The idea is that the coasters can be combined to create a larger place mat. At the beginning they encountered problems producing an acceptable image quality, but they soon overcame these to develop a first class product. What was particularly impressive was their understanding of reducing costs and increasing profit margins. They realised that by using the waste material from their larger coasters to create a mini version of their product they were able to extend their product offering and generate more profit. They have already signed a contract to produce branded coasters for the local head office of a large quoted company and have been selected to compete in the South East Final.

It was refreshing to see so many young people receiving the support and guidance needed to lead the next generation of Britain’s entrepreneurs. Next time I listen to a politician drone on about how they are going to squeeze more money out of business I will think about the young entrepreneurs I have witnessed in action and be reminded that the future is something to be positive about.

To find out more about Young Enterprise please visit: www.young-enterprise.org.uk