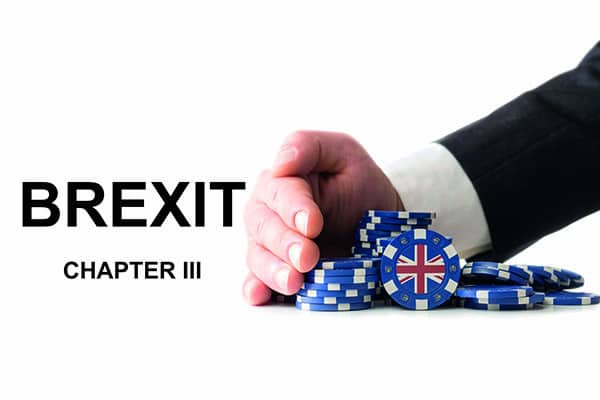 0n 23 June we will be asked to cast our vote on whether the UK should remain within or leave the European Union. Simon Lewis, CEO at Partridge Muir & Warren Ltd, continues his series of articles on the subject.

My first chapter looked at the issues of trade and geopolitical influence and implicitly concluded that from these perspectives, remaining within the EU was likely to offer greater opportunity for prosperity.

My second chapter considered the economic impact of the immigration that arises from the free movement of people within the EU; one of the 4 ‘cornerstone’ freedoms required of EU membership. I concluded that to date, such immigration has provided a net economic benefit but suggested that this might not always be the case. The free movement of people made perfect sense when all member countries had broadly comparable living standards and earning expectations but this is no longer the case following the EU’s relentless expansion.

In this chapter I want to look at how the EU spends its budget, consider if it is well spent and ascertain whether the UK derives appropriate value as a consequence of its membership.

In 2015 Britain’s gross contribution to the EU budget was £17.8 billion but this amount was not actually paid because of an annual rebate, which amounted to £4.9 billion. If you take into account the deduction of the £4.5 billion actually spent by the EU in Britain (on regional investment, development and subsidies) it gives a net cost of £8.5 billion for the year.

The EU currently has an annual expenditure budget equivalent to around £125 billion. In some ways this might not seem like a lot of money compared to, say, this year’s expenditure budget of £750 billion for the UK Government. However, almost 80% of the UK’s budget will be spent on state pensions, welfare, healthcare, education, defence, and interest payable on the national debt; none of which the EU is required to finance. Therefore, given its remit, £125 billion is quite a lot of money for the EU to spend each year.

We have a strong bureaucratic tradition in Britain, by which I mean that we have often suffered from a home grown excess of it. I thought it would be interesting to look at the finances of a bureaucratic agency that I know well and compare it to the EU. The Financial Conduct Authority (FCA) is responsible for the regulation of retail financial services providers in the UK and is financed by levy on financial firms that are subject to its supervision. Its budget for 2015-16 is £479 million and it employs 3,060 staff on a full-time equivalent basis. The running costs of a bureaucracy are ultimately leveraged off the number of staff employed. Therefore, overall costs for the FCA amount to around £156,500 per head. This would appear to be the going rate for a nationally focused, supervisory and rules setting bureaucracy with well qualified staff.

In contrast, the EU has a budget equivalent to £125 billion and employs 55,000 staff. This amounts to £2.25 million per member of staff. Either EU bureaucrats are spectacularly well paid or a big part of their role is to collect money and hand it out to others. This is borne out by the EU’s statement that “80% of the EU budget is managed by national or regional governments”. Applying my ‘back of the envelope’ methodology, I calculate that for each member of staff the EU spends approximately £450,000 and hands out the remaining £1.8 million. Clearly, the EU manages to spend far more per head than the FCA, even when the budget for handouts is discounted. This might be accounted for by the international nature of the organisation but may also reflect grander buildings and greater pay and perks for staff.

Returning to the £1.8 million figure referred to above (which equates to £99 billion in total), I was interested to find out how the money is distributed. If we breakdown the EU budget in more detail; a whopping 40% is allocated to the Common Agricultural Policy (CAP), which hands out generous subsidies to farmers. A further 33% is spent on regional investment, while 6% is consumed by administration costs. This does not leave much money to deal with other issues, which perhaps partly explains the poor initial response to Europe’s current refugee crisis.

Analysis of what individual countries receive in EU spending shows that the UK receives less money per head of population than the EU’s 27 other members. This is largely a consequence of CAP and explains why the rebate for the UK was negotiated. Unsurprisingly, France receives (due to CAP) roughly twice as much spending as the UK. The biggest beneficiary in absolute terms, receiving €17.5 billion in 2014, is Poland.

CAP is worthy of a chapter by itself but in summary, the inefficiency it creates has been estimated by the Organisation for Economic Co-operation and Development (OECD) to increase the price of food in the EU by 20%. This hits the poorest the hardest because they tend to spend a greater proportion of their income on food.

Although it is disappointing that the UK appears to get a raw deal, what is more discouraging is that the annual audit of the EU’s financial accounts has never been signed off without qualification (doubt) during the last 21 years. The problem is insufficient evidence to prove that money handed out ultimately went to the right people and that a fair price was paid for the goods, assets or services paid for.

A good example of this is provided by the observation of the EU’s auditor that new roads paid for in Spain cost twice as much per kilometre as roads it paid for in Germany, with a comment that this difference could not be explained by labour costs. Whether this type of occurrence is the result of corruption or inefficiency is uncertain. Nevertheless, research by the EU into the prevalence of corruption in procurement revealed that over half of companies that tender for EU financed projects believe corruption to be widespread at national and regional procurement authorities. The following question was posed by an EU survey: In the last 3 years, do you think that corruption has prevented you or your company from winning a public tender or a public procurement contract? The range of responses by country was (to me) startling. In Bulgaria for example, 58% of respondents answered ‘yes’. High yes ‘scores’ were also recorded by Spain and Italy; at 42% and 36% respectively. France came in at 24% and the UK a very respectable 18%. The prize for the most virtuous (by some margin) went to Denmark, with a commendable 6%.

It seems clear that the EU needs to improve how it monitors its spending. This is underlined by the fact that the National Institute of Business in Spain determined that roughly 36,000 of the 228,000 or so businesses in receipt of an EU grant did not exist. There are many such examples in many other member states.

It is also important to scrutinise EU spending from the perspective of whether it makes sense. For example, the EU spent €72 million on a scheme to discourage smoking while in the same year handed out subsidies totalling €293 million to tobacco farmers in Europe.

There are also plenty of examples of grandeur trumping common sense. The Lugar de Baixo marina, intended to attract ocean-going superyachts, was built on the west coast of Madeira, at a cost to the EU of €30 million. As any seafarer would know, the west coast inevitably bears the full brunt of Atlantic storms whereas the east is relatively sheltered. Unfortunately, the marina was never used because during such a storm, waves cracked the sea wall and a rockfall destroyed the €1.2 million restaurant.

It is not only the smaller projects that can appear ill-conceived. Portugal has received over €60 billion in regional support funding from the EU since it joined and much of this was spent on a construction binge. As a consequence it now has 1,800 miles of motorway; four times more miles of motorway per inhabitant than Britain. The irony is that the Portuguese Government was forced to introduce motorway tolls as part of the country’s bailout package following the euro crisis, so these motorways are now only lightly used.

The revitalisation of Liverpool owes much to EU regional funding, so there are examples of success. Nevertheless, the regional funding project overall is littered with the corpses of many white elephants. It does seem that far too much money is allocated to failing and wasteful policy areas that are protected by national self interest.

Perhaps the greatest example of waste is provided by the fact that as well as being located in Brussels, the European Parliament moves to Strasbourg every month for one week and then returns. Strasbourg, the capital of Alsace, is a German speaking region of France and was chosen as the official seat of the European Parliament to symbolise the post-war reconciliation between Europe’s two great foes. Imagine the UK Parliament and its entourage travelling to Edinburgh every month to symbolise reconciliation between two age old adversaries! The perpetual movement of parliamentarians, their staff and all of their papers, represents an enormous waste of time and money. The EU budget allocates over £1 billion for this relocation over its current seven year budget cycle. That’s a lot to spend on symbolism.

It is not only a waste of time and money but there is also a substantial environmental impact, which is not without irony given the volume of environmental legislation the EU has imposed. It has been calculated that each year this relocation exercise results in the emission of 19,000 tonnes of carbon dioxide. To get an idea of what this means, I established that the average UK car registered in 2015 emits 122 g of carbon dioxide/km. According to my calculations, the annual environmental impact of this travelling circus is equivalent to that average car travelling 155.6 million km. At an average speed of 80 km/hr the journey would take 222 years….

My conclusion is that the EU does not spend its taxpayer’s money well. I also have a strong suspicion that (institutionally) it knows this all too well and is content in the belief that this waste is acceptable, provided it supports the ideal of ever closer union. It is also evident that the UK gets a raw deal in terms of EU investment, even after allowing for the rebate on its contribution. Nevertheless, I am sure there is more to discover to shorten the odds on making the right choice, so I will not be placing my bet until the final chapter.