Our Values – Through the Eyes of a Master Craftsman 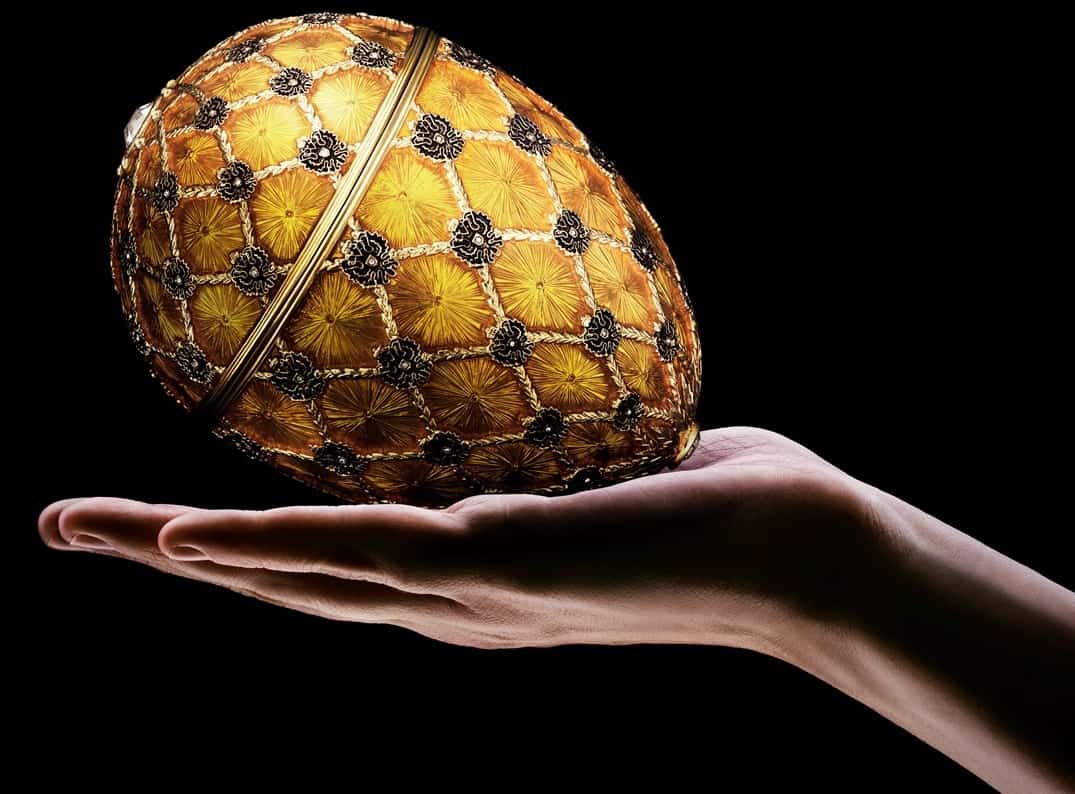 Easter is the most important occasion of the year in the Russian Orthodox Church, equivalent to Christmas in the West. For centuries there was a tradition of bringing hand-painted eggs to Church to be blessed and then presented to friends and family, which the aristocratic circles of nineteenth century St Petersburg society took a step further by bringing ever more valuable and elaborate Easter gifts. In 1885, inspired by this custom, Tsar Alexander III commissioned Peter Carl Fabergé to create a precious Easter egg as a surprise for the Empress.

Such was the Empress’s delight at receiving this intriguing gift with its distinctive hidden jewelled surprises that a yearly tradition began which continued for 32 years until 1917. During this extraordinary period of history, Fabergé produced the most extravagant Easter gifts the world had ever seen. He made 50 eggs for the Imperial family, of which 42 have survived. Fabergé was in a privileged position, given complete freedom to create and execute his designs with the only caveat being that there had to be a surprise within each of his creations.

The Imperial Easter eggs are the most celebrated of all Fabergé works of art representing incredible craftsmanship by the Master Goldsmith. One of these significant gifts was the Imperial Coronation Egg made to commemorate the Coronation of Tsar Nicholas II on May 14, 1896, which was then presented as a gift to his spouse, the Tsarina, Empress Alexandra Fyodorovna on Easter of 1897.

The Imperial Coronation Egg is inspired by the pattern of the robe worn by the Empress at her Coronation. The outside of the egg is made from gold with translucent lime yellow enamel on a guilloché field of starbursts. It is trellised with bands of greenish gold laurel leaves mounted at each intersection by a gold Imperial double-headed eagle enamelled opaque black, and set with a rose diamond on its chest. A large portrait diamond is set in the top of the egg within a cluster of ten brilliant diamonds; through the table of this stone, the monogram of the Empress can be seen. A smaller portrait diamond is set within a cluster of rose diamonds at the end of the egg beneath which the date 1897 is inscribed on a similar plaque.

Fitted inside a velvet-lined compartment is a precise replica of Catherine the Great’s Gold Coach of 1793, that carried the Tsarina Alexandra to her coronation at Moscow’s Uspensky Cathedral. The coach is surmounted by the Imperial Crown in rose diamonds and six double-headed eagles on the roof; it is fitted with engraved rock crystal windows and platinum tyres decorated with a diamond-set trellis in gold and an Imperial eagle in diamonds at either door. The miniature coach, less than four inches long, is complete with moving wheels, opening doors, actual C-spring shock absorbers and a tiny folding step-stair.

Following the fall of the Romanovs from power, the egg was confiscated by the Provisional Government in 1917, where it was then dispatched to the Kremlin and finally transferred to the Sovnarkom in 1922 for sale.

It was purchased in 1927 for Wartski a family-owned firm of art and antique dealers in London. In 1934 it was sold to a collector, but then reacquired by Wartski in 1945 and remained with the company until March 1979. The egg was then sold to Malcolm Forbes for US$2.16 Million along with the Lilies of the Valley Fabergé Egg. It is currently owned by one of the Russian oligarchs, Viktor Vekselberg. In a 2013 BBC Four documentary, Vekselberg revealed he had spent just over US$100 Million purchasing 9 Fabergé eggs.

Beyond the realm of the deposed Russian monarchy and the opulence and extravagance of a bygone era is the fundamental integrity of each piece created by Fabergé. The materials used in the Coronation Egg represent not only luxury and opulence but durability and ability to increase in value and desirability over the breadth of time. This symbol reflects our values, and our own hallmark. “Wealth Management. Executed Beautifully.”, as we strive to excel in providing our clients with a first class service, offering integrity, value and the ability to meet our clients’ investment expectations.